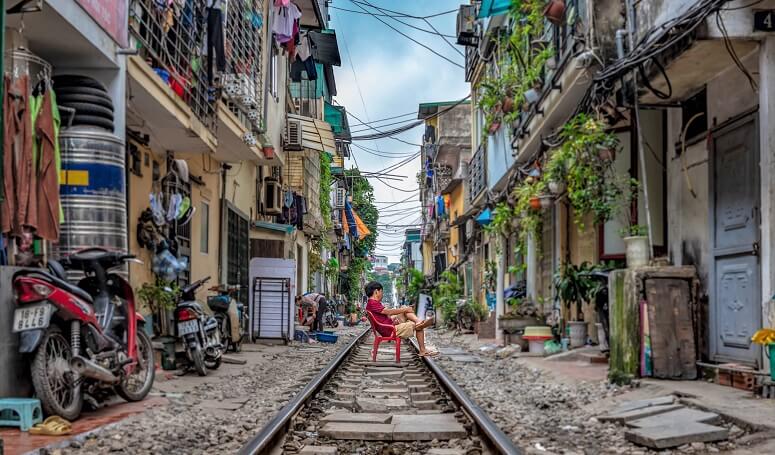 WHAT TO DO IN  HANOI?

Former capital of French Indochina between 1902 and 1954, Hanoi is today the capital of Vietnam. Influenced by both Chinese and French culture, it has a unique character with an atmosphere different from that of Ho Chi Minh City (in the south of the country).

It’s also a very polluted city and the noise is omnipresent, between the horns of scooters and the yellings of street-sellers, but if you can ignore this, it’s a very interesting city to explore if you take some time to learn about its history beforehand, with its religious monuments and former colonial residences that give it an undeniable charm, not to mention the typicall South-east asian lifestyle you can see in every day in the street.

The cuisine is also extraordinary, and you can eat delicious street food for really, really cheap!

Don’t forget to book your first night in Hanoi NOW on Booking.com

Here are 10 best things to do and see during a trip to Hanoi:

1. The mausoleum of Ho Chi Minh

The number one attraction in Hanoi. Impressive to see from the outside, you can go inside to see Ho Chi Minh’s embalmed remains (you must be dressed correctly and photos are forbidden). 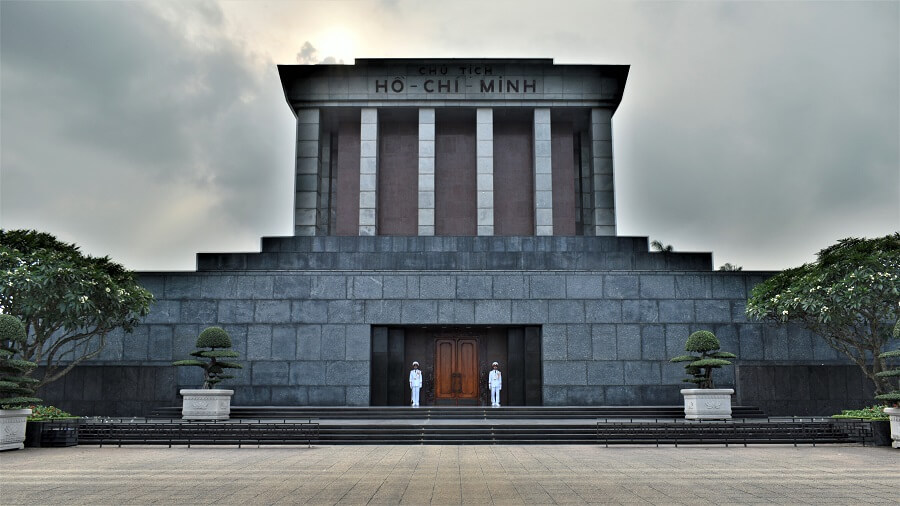 A modern and very interesting museum that highlights the role of women during the war, we can see in particular very beautiful traditional costumes. It is on the way to the prison and the military history museum, so you can combine the visits on the same day. 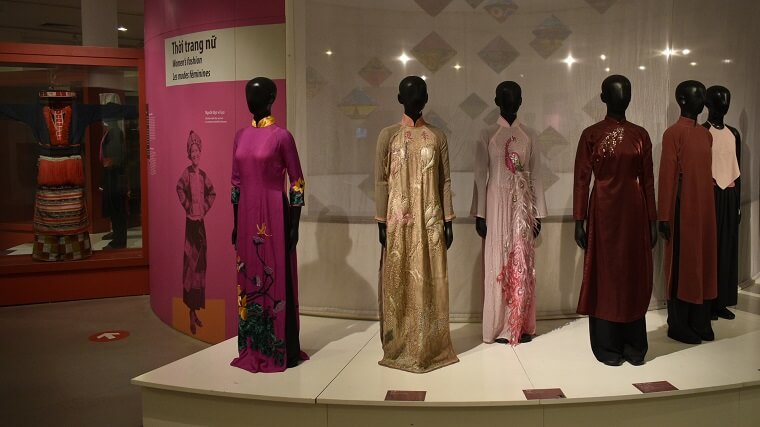 Located in the old centre of Hanoi, it is easily recognizable thanks to the pretty red bridge that leads to the temple of Ngoc Son, located in the middle of the lake (paying entrance). The road around the lake is closed to cars and scooters at weekends, so Vietnamese people come to walk, exercise, play music… the atmosphere is really nice and it helps to get away from the chaos of traffic. 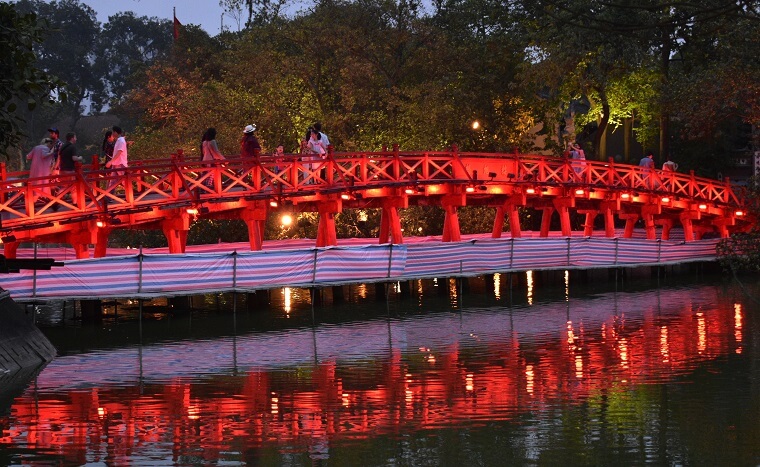 4. The Temple of Literature

A vast temple built in 1070 which was once Vietnam’s first university. Its architecture is very well preserved, and its magnificent gardens allow you to find yourself a little quiet spot (unless there are too many people, go there very early!).

A witness to the French colonial past in Vietnam, built in 1898. It is 1682 metres long and was the first steel bridge to cross the Red River. It was badly damaged by American bombardments during the war was rebuilt every time. A good place to take pictures, and there are few tourists (be careful with the trains crossing the bridge!). 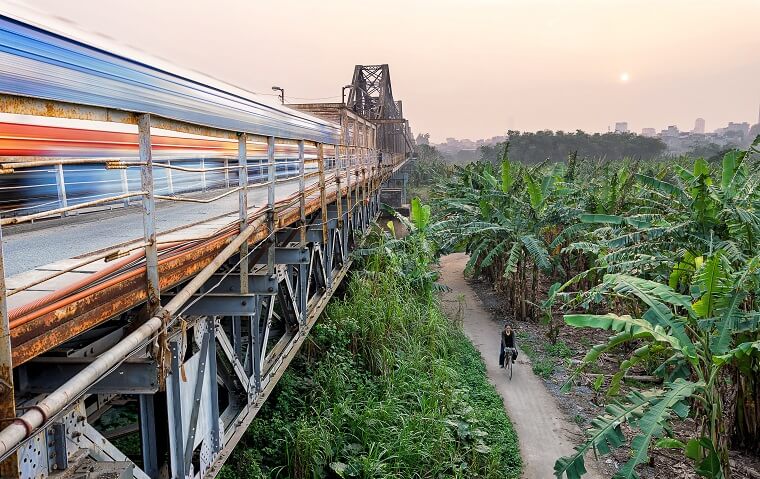 6. See a puppet show on the water

A show that represents life in the Vietnamese countryside, accompanied by traditional musical instruments. The show lasts a little less than an hour and is a good entertainment if you have children with you.  The theatre is located in the northeast corner of Hoan Kiem Lake.

A maze of small alleys where there are an incredible number of restaurants, cafes, craft shops and temples, in the surroundings of Lake Hoan Kiem. Each street is specialized in a particular business. Several backpacker hostels are located in the old town, it is a good place to stay in Hanoi because the places to visit are nearby.

A former prison used by the French to lock up political prisoners, then by the North Vietnamese to lock up American prisoners of war. Quite gloomy but very interesting. 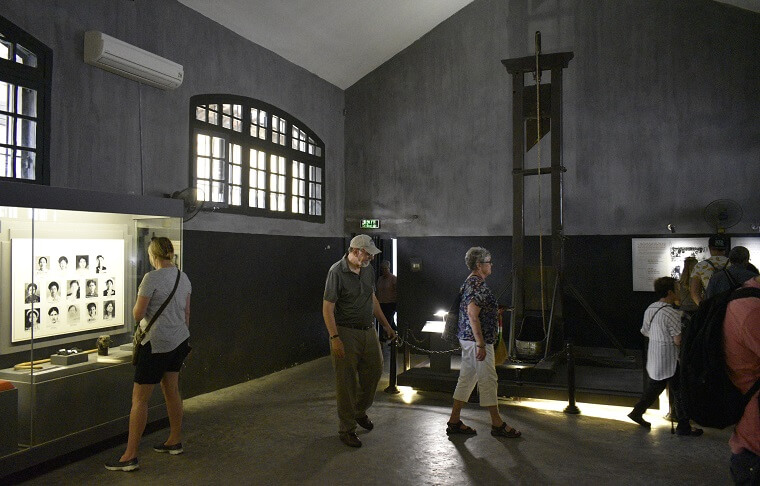 A very interesting museum to visit, there is an incredible collection of planes, helicopters and tanks outside, as well as many photos and exhibitions of military equipment. Just next to the museum is a 59-metre tower that was part of the Hanoi Citadel built in 1912, and on the other side of the road in front of the museum, you can see a monumental statue of Lenin. 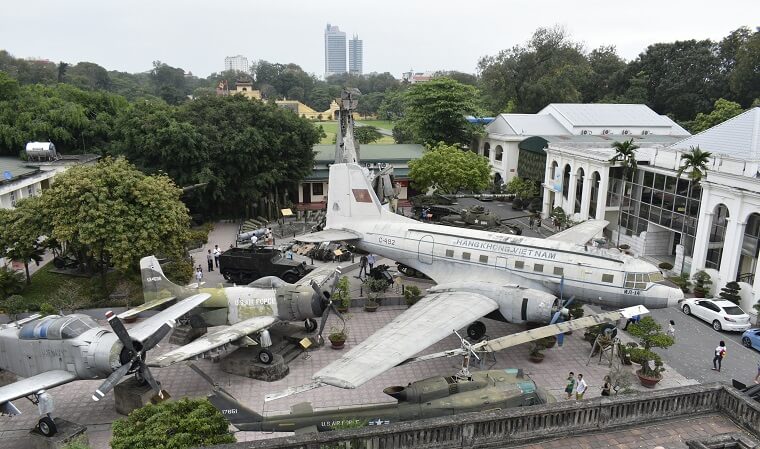 10. The imperial city of Thang Long

Inscribed on UNESCO’s World Heritage List since 2010, this site includes several buildings built at successive times…. To see: the superb southern port, the bunkers, the gardens, the art collection… A pleasant place to visit, similar to the citadel of Hue.

MORE THINGS TO SEE AND DO IN HANOI

BEFORE GOING TO HANOI

PLACES TO SEE IN HANOI ON GOOGLE MAP