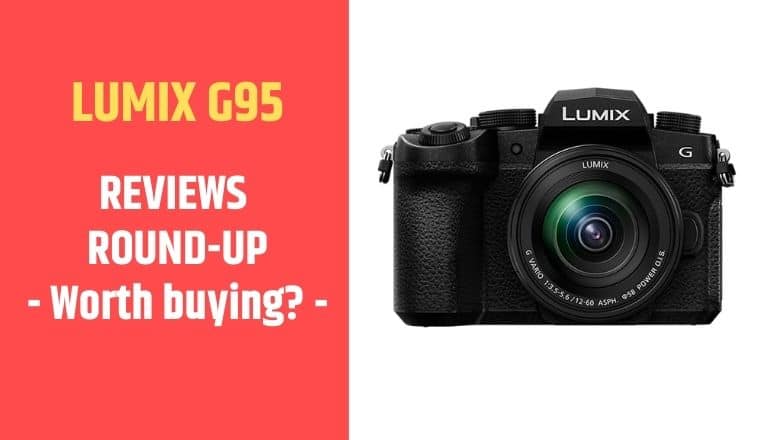 Reviews roundup – Panasonic Lumix DC-G95/G90 : Should you buy it?

Here’s a roundup of all the Panasonic Lumix DC-G95/G90 reviews, ratings and impressions from the web. Discover its strengths and weaknesses here!

The camera captures photos in JPG and RAW, with a burst of 9 fps in fixed focal, or 6fps in continuous autofocus. Its video mode goes up to a 4K resolution with 8 bit V-log compatibility, at up to 30 fps. All the files are saved on a single UHS-II compatible SD card slot. The battery can last up to 290 shots and can be charged on the go with a USB power bank. The Lumix G9 weighs 1.016g, battery and SD card included.

So what do the critics think of the Panasonic Lumix DC-G95/G90?

Overall most reviews say that the Panasonic Lumix DC-G95/G90 is a very decent mid-range camera. The image quality is great, thanks to the small but capable sensor.

There is a range of interesting creative modes included, such as Focus Stacking for maximum depth of Field, a 1 second pre-roll in 4K photo mode for animal photography, and a nicely contrasted monochrome mode for the amateurs of black and white photography.

The stabilization and autofocus are doing an honest job, even if there are some better systems on the market.

The body is quite heavy though, especially for such a small sensor. The G95 is basically a stripped-down version of the Lumix G5, more affordable but still on the expensive side. 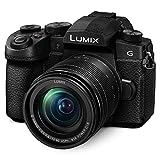 For more infos about the positive and negatives sides of the Panasonic Lumix DC-G95/G90, check out the selection of reviews below:

Camerajabber.com – ★★★★★ – ‘I’m pretty excited about what the G90 has to offer. Not just because of the features, but also because its control layout is similar to the Panasonic G9’s above it in the line-up. The only disappointment is the jump in the price in comparison with the G80 at launch and the lack of a joystick on the back of the camera.’

Cameralabs.com – ★★★★★ (Recommended) – ‘it does face tough competition from similarly-priced rivals, most notably the Sony A6400 and Fujifilm X-T30, so you’ll need to carefully weigh up the pros and cons when making your choice. Also keep an eye on the higher-end Lumix G9 which with discounting could give you a lot more camera for only a little extra money.’

Dpreview.com – 83% (Silver Award) – ‘The Panasonic Lumix DC-G95/G90 is a good all-around mirrorless camera, though it doesn’t stand out in any particular area. Its build quality is very good, with plenty of direct controls, in-body IS and an EVF that is much larger than those on its peers. Image quality is very good, though behind its competitors that use larger sensors. Video quality is fine in daylight, but falls behind when light is poor. In addition, a 1.25x crop when shooting 4K video doesn’t limits your lens selection for wide-angle video capture.’

Digitalcameraworld.com – ★★★★½ – ‘The Panasonic Lumix G90 (G95 in the US) is a great stills and video camera for enthusiasts and vloggers. It’s true that the Micro Four Thirds sensor is smaller than the APS-C sensors in some rival mirrorless cameras, but this doesn’t seem to harm its performance. The handling and control layout are great, and the autofocus feels very snappy indeed. The only issue is the price. It’s a good camera but it’s not cheap.’

Expertreviews.co.uk – ★★★★★ – ‘Pitching itself as a mid-range travel camera, the latest Lumix with a Four Thirds sensor is a great all-rounder’

Trustedreviews.com – ★★★★½ – ‘The G90 is a great all-rounder and one of the best mid-range mirrorless cameras you can buy today. Similarly priced rivals like the Fujifilm X-T30 and Sony A6400 bring the benefits of larger sensors and other advantages, including better out-of-camera JPEGs (in the case of the X-T30) and more advanced autofocus (like the Sony A6400). ‘

Techradar.com – ★★★★★ – ‘The Panasonic G95 / G90 blends an abundance of features with sound image quality and strong video to boot. It’s got some strong competition, however, and it’s not the biggest step up from the G85 when you consider its asking price, but what it does it generally does very well.’