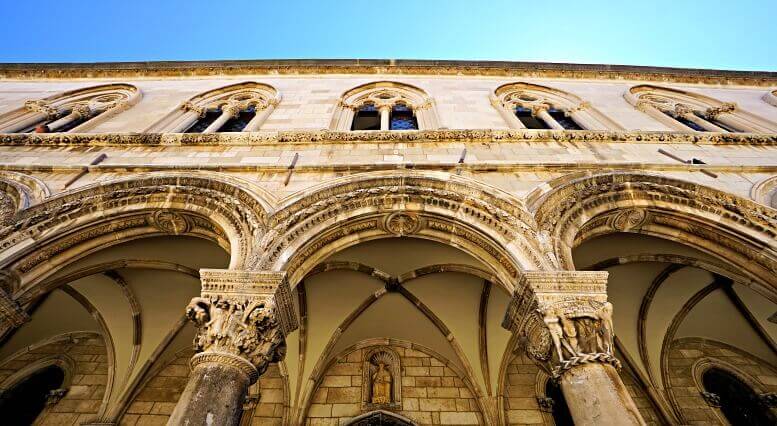 WHAT ARE THE BEST THINGS TO DO IN CROATIA?

Years after the croatian war of independance that had catastrophic effects on its economy and led to many casualties and the destruction of many monuments, Croatia has once again become one of Europe’s most important tourist destinations, whether for its beaches, ancient coastal cities, numerous Roman ruins or World Heritage sites.

The country is small in size but has a great diversity of landscapes and several national parks including Plitvice Lakes, which is well worth a visit. The country is very easy to visit by car, and as it’s surrounded by five countries, it’s easy to combine a trip to Croatia with a trip to neighbouring Slovenia or Montenegro, for example.

A word of advice if you plan to go to Croatia: avoid leaving during the high season (in July and August) and favour September when the majority of tourists have left. You will also avoid the stifling heat of summer.

Here are 10 things to do and see during a trip to Croatia: 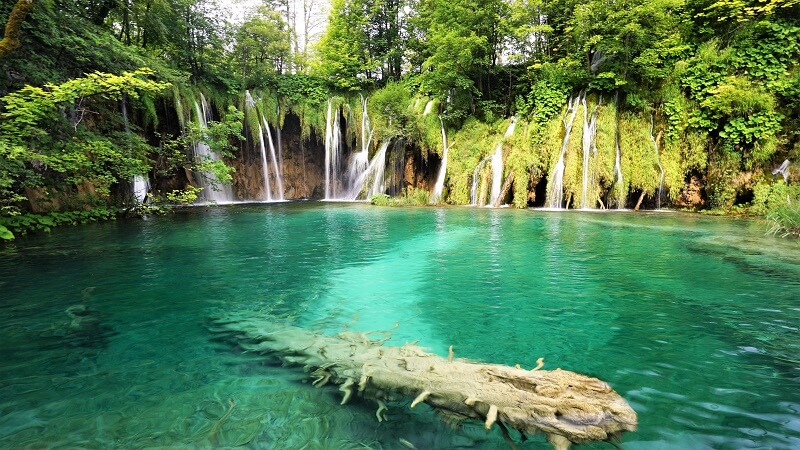 One of the most beautiful natural sites in Europe, Plitvice has been a UNESCO World Heritage Site since 1979. There is a succession of sixteen lakes that flow into each other through a series of magnificent waterfalls amidst lush vegetation. Wooden footbridges allow you to get as close as possible to the waterfalls. It’s the most touristic place in Croatia so don’t expect to enjoy the calm if you come in summer, but the place is just as beautiful in autumn. 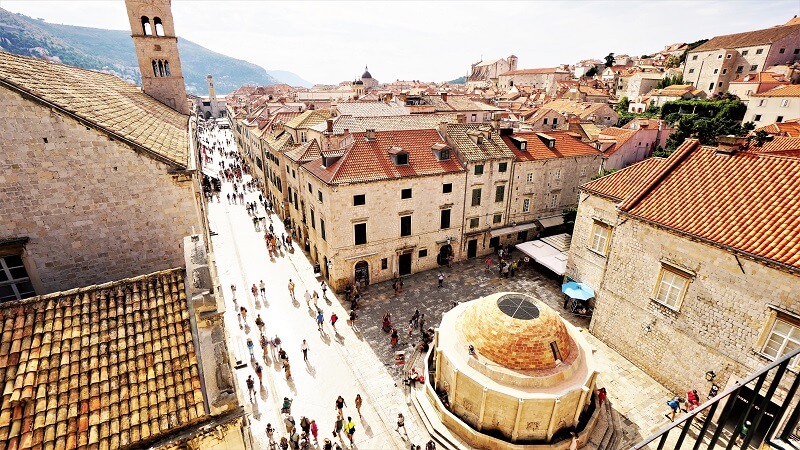 Dubrovnik, known as the “Pearl of the Adriatic“, is a beautiful fortified city located in Croatia, listed as a UNESCO World Heritage Site since 1979. Together with the Plitvice lakes, it’s the most visited tourist destination in the country. The visit of the ramparts offers superb panoramas. It’s a must see place in Croatia for Games of Throne fans as many parts of the city served as the setting for the series.

3 – DISCOVER THE ISLANDS AND BEACHES 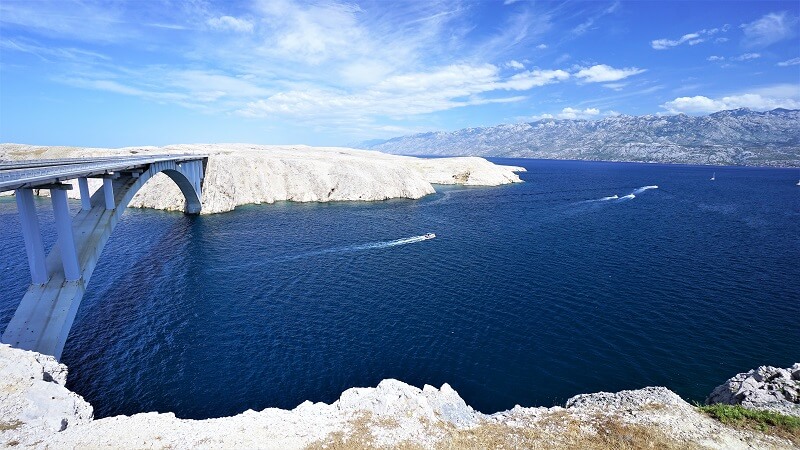 The Croatian coast extends over nearly 2,000 kilometres, so a passage on one of the 1185 islands owned by the country is almost mandatory. Among the most beautiful: Korcula, Mljet, Hvar, Pag and the archipelago of the Kornati Islands National Park. Be careful, there are few sandy beaches in Croatia, more pebble or rocky beaches, but the water is incredibly clear everywhere. The country’s most famous beach, Zlatni Rat, is located on the island of Brac. Some beaches are exclusively nudist.

4 – THE AMPHITHEATRE OF PULA 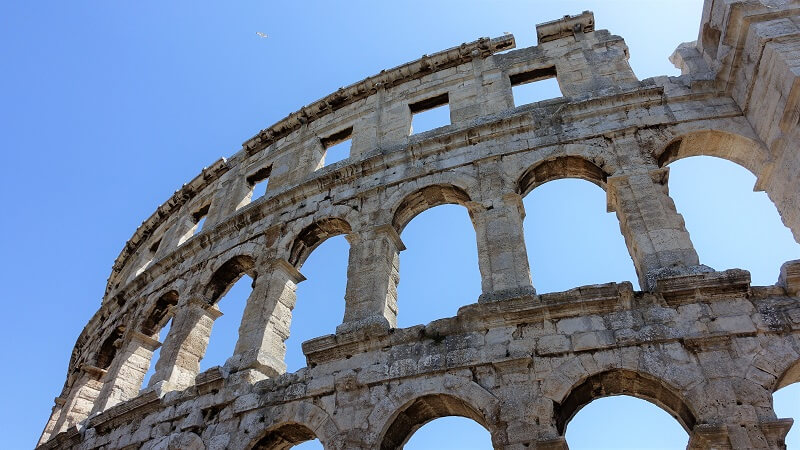 A well-preserved Roman amphitheatre, built in the 1st century, at the same time as the Colosseum of Rome. It’s located near the historic centre of the city of Pula. Very impressive to see, it’s composed of 72 arches and is 35 meters high. It’s one of the largest amphitheatres built by the Romans. It can now accommodate about 5,000 spectators and is used for theatre performances, concerts or other events such as the Pula Film Festival. 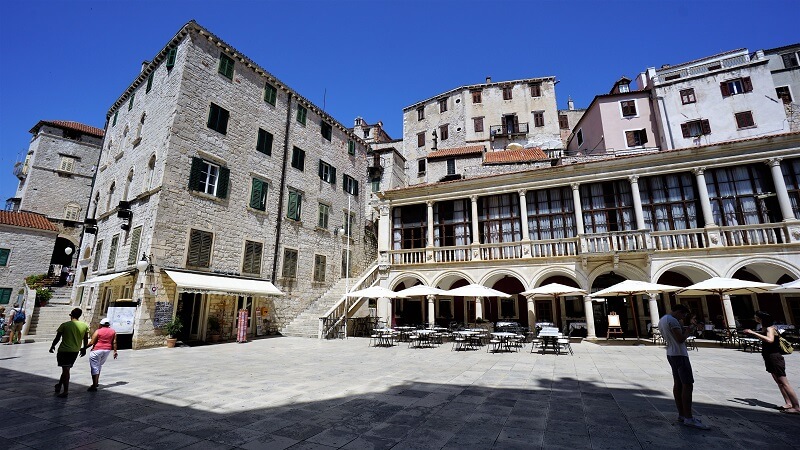 A very pleasant city to visit, which is best known for its St James’ Cathedral (Sv. Jakov), built between 1431 and 1535 by Italian and Dalmatian craftsmen and which is now classified by UNESCO as a World Heritage Site. Šibenik being one of the oldest Croatian cities, there are also many other monuments spread all over this city along the sea.

Yet another place on UNESCO’s World Heritage List. The small medieval town of Trogir has a very well preserved historic centre with small streets lined with old stone houses, and superb monuments including St. Lawrence Cathedral, the ramparts and the city gates. A word of advice: remember to park well before crossing the bridge that leads to the historic centre, even if it means walking a little because it’s very difficult to park there!

7 – THE DIOCLETIAN PALACE IN SPLIT 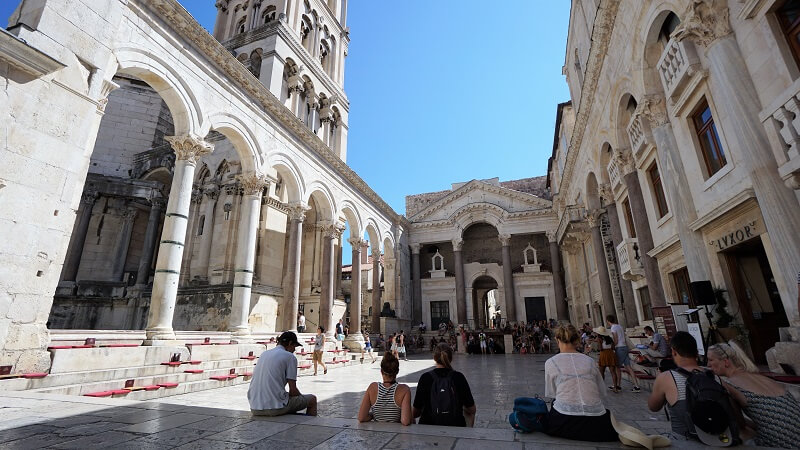 The former imperial fortified residence built by Emperor Diocletian in 305 and inscribed on UNESCO’s World Heritage List. The most remarkable place is the peristyle which was once the heart of the palace. The many remains of it are preserved in the historic centre of Split, Croatia’s second largest city. 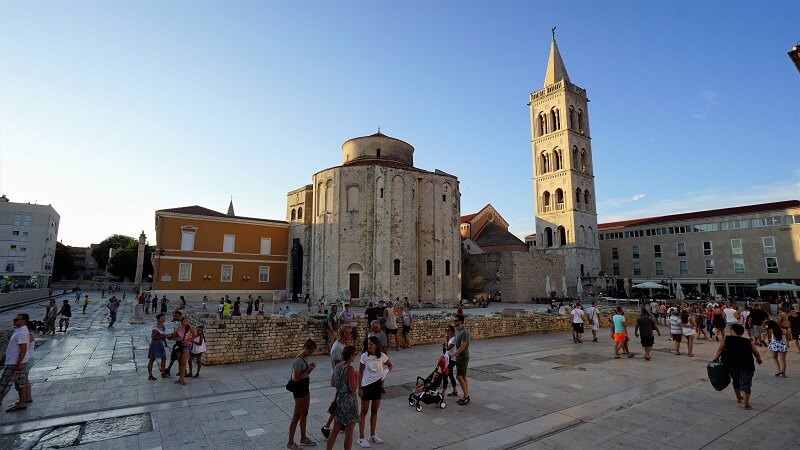 The city of Zadar, located on a peninsula, has a vast architectural heritage composed of old monuments and well-preserved religious buildings such as the church of Saint Donat. Do not miss the archaeological museum, very interesting to visit. Another of Zadar’s modern curiosities is the marine organ, which produces musical notes thanks to the comings and goings of the waves. 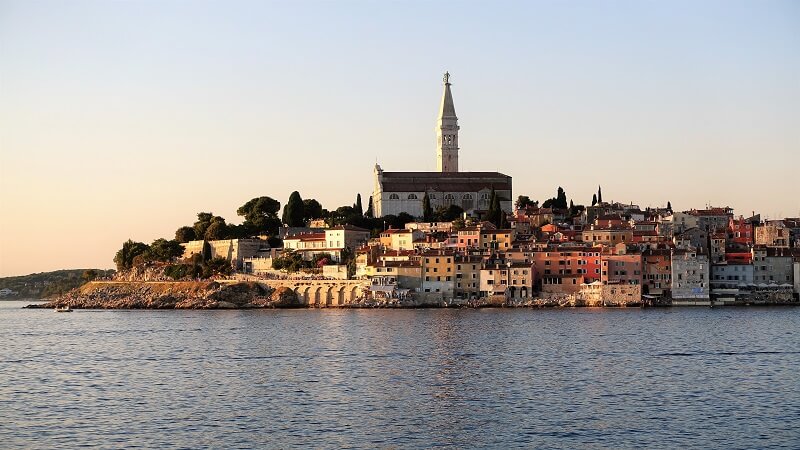 An ancient fishing port founded by the Romans on an island, which was dominated by the Venetians from 1283 to 1797. You can see old fortifications and remains from this period. The city is dominated by the Cathedral of St. Euphemia and its 60-metre high bell tower. The city has a certain charm and the surrounding beaches are extra (some are naturist). 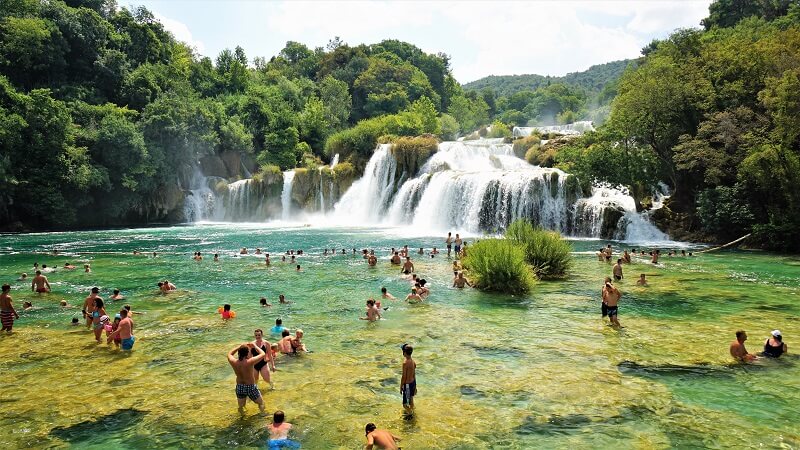 Krka is located about ten kilometres from Šibenik. This national park is home to beautiful waterfalls formed from limestone that has been deposited for thousands of years in a magnificent natural setting. Similar geological formations can be found as in the Plitvice lakes, but in a slightly smaller size, and contrary to Plitvice it’s possible to swim in Krka National park.

MORE THINGS TO DO AND SEE

If you have some time in Croatia, here are some places to visit in neighbouring countries that are worth a visit:

1 thought on “Top 10 Best things to do in Croatia: must-see attractions, unmissable places to visit…”