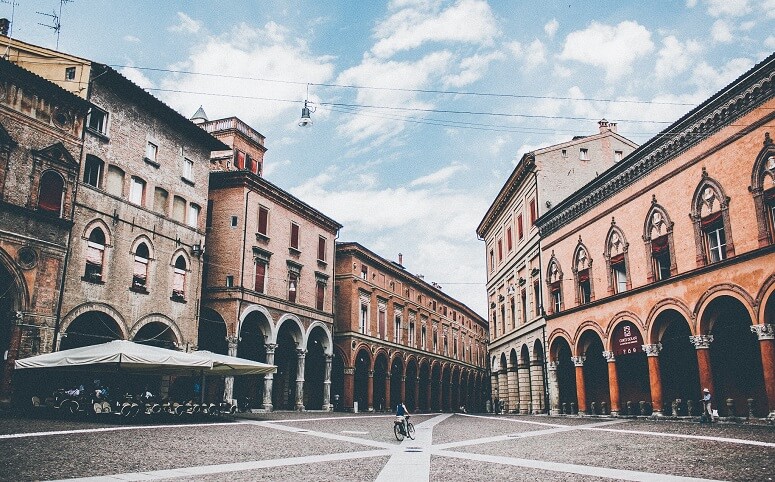 What to do and see in Bologna, Italy 🇮🇹

Halfway between Florence and Venice, Bologna is less visited than its prestigious sisters. However, the “red city” (nicknamed like that because of the colour of the red bricks used for the buildings) is really a charming place and has many surprises: a magnificent medieval historical centre, a warm atmosphere and a tasty cuisine.

The capital of Emilia Romagna also offers many architectural and cultural gems: the old medieval city, with its arcaded streets and colourful facades, its huge towers and old squares, is really worth a visit.  The city is also one in Italy where people live best, and has excellent restaurants.

How many days to stay in Bologna? This medium-sized city deserves two days to fully explore it and the surrounding area, and since it’s a relatively quiet city, it’s also a good place to relax, enjoy food and bars after visiting Venice, Florence and Rome.

Don’t forget to book your first night in Bologna on Booking.com

Here are the 12 best things to do and see in Bologna:

1. Climb the highest tower in Bologna

The symbol of the city of Bologna, the Asinelli Tower is the tallest building in central Bologna with its 97 meters. It’s possible to go to the top (3€) but be careful, the climb up the old wooden stairs is really scary and I don’t recommend it if you are scared of heights. Just next to it is the leaning tower Garisenda (48 meters). 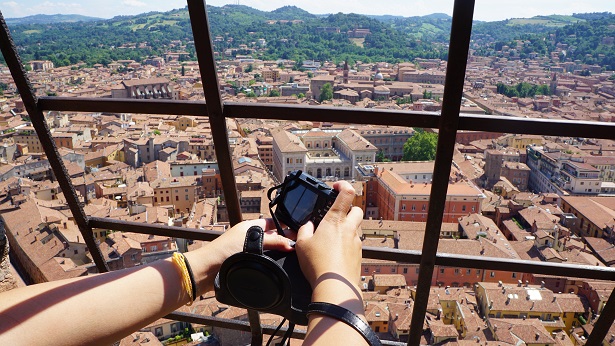 It’s located just next to Piazza Magiore, in front of the San Petronio Basilica. It was designed in 1566 by the architect and painter Tomaso Laureti and the Flemish sculptor Giambologna. 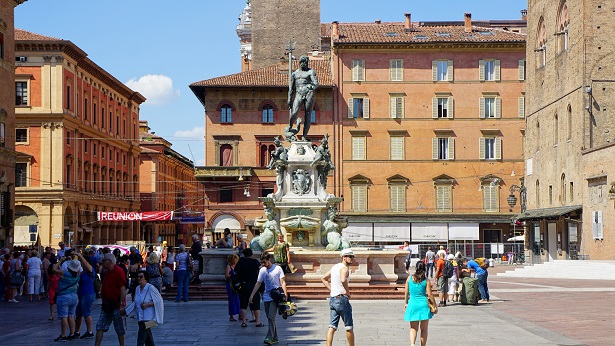 The Sanctuary of the Madonna of San Luca is a basilica located on a hill southwest of Bologna, clearly visible from the top of the Asinelli Tower. It can be reached by bus, but walking from the Porta Saragozza allows you to pass under the longest covered archway in the world, with its 666 arches (about 3.5km) that protect the icon of the Madonna during the annual procession. 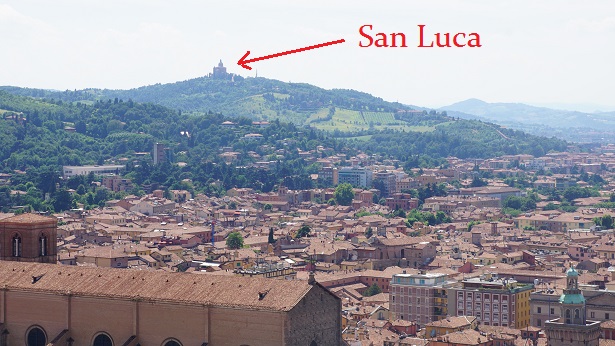 It’s not Venice, but this not so easy to find canal is worth a look if you go a little north of the city. Take a look from the small window on Via Piella. 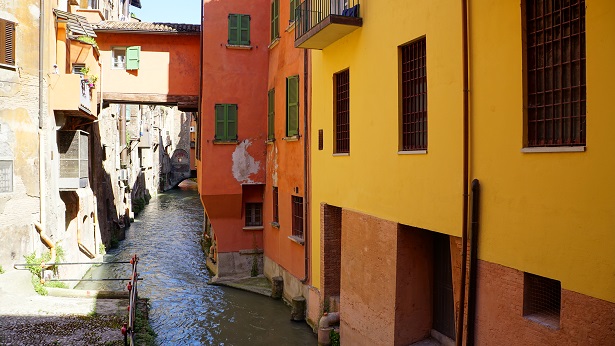 The oldest university in Bologna, where you can see the Teatro Anatomico, a room entirely covered with wood where autopsies were performed to teach students about human anatomy. 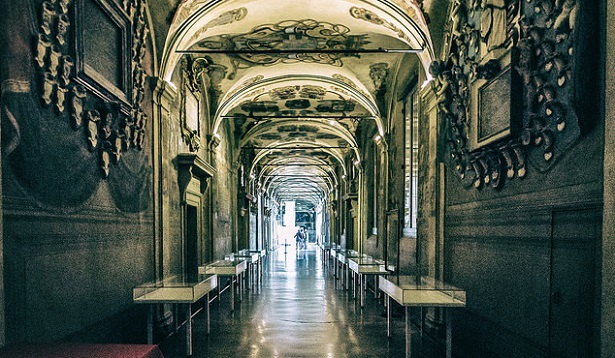 Located in Piazza Maggiore, this church is gigantic (the 15th largest in the world). Don’t be surprised by the presence of many military personnel nearby, terrorists who planned to blow it up in 2002 and 2006. 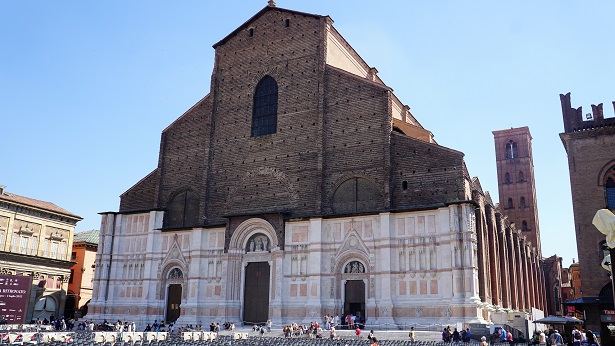 Added in the past to the front of buildings to accommodate the large numbers of students coming to Bologna, the porticoes (gantries) had to be high enough to allow a man on horseback to pass through. These arcade porches are very useful for shopping without being in full sun or rain. In total, there are more than 40 km of them in the whole city of Bologna. 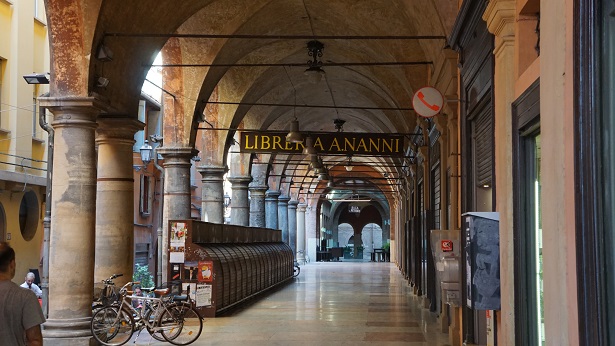 8. The strange faces on via Santo Stefano

From the two towers, head towards the Basilica of Santo Stefano and look up on the right side, you will see hundreds of sculpted faces coming out of the walls. 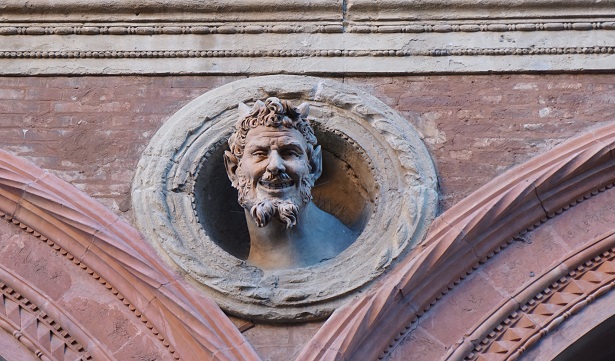 Not far from the two towers, Bologna’s largest art museum houses a large collection of paintings from the 13th to 18th centuries. Admission costs €4. 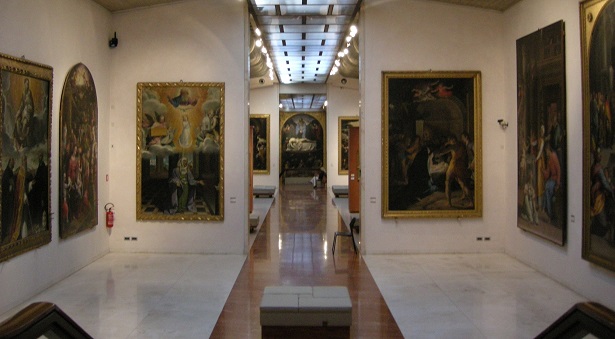 Located in the centre of Bologna, in the Palazzo Galvani, opposite the east side of the Basilica di San Petronio. 5€ per entrance. There is a collection of ancient Greek, Roman and even Egyptian objects. 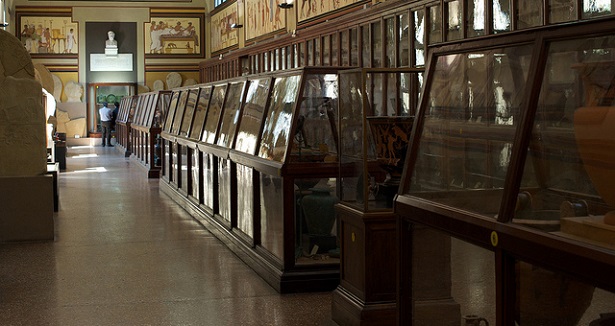 Roman remains are visible in some parts of Bologna, especially under the glass floor of the beautiful Sala Borsa Library (free). 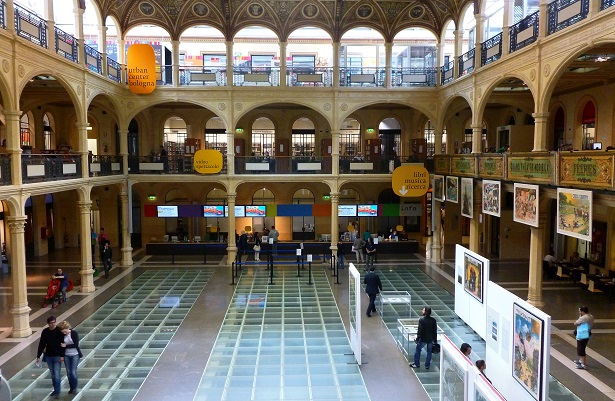 If it’s too hot to walk the streets and you don’t want to lock yourself in a museum, Bologna’s gardens are the ideal place to rest. The most popular is the Giardini Margherita, but there is also the Orto botanico which is located towards the university, and the Parco della Montagnola towards the station. 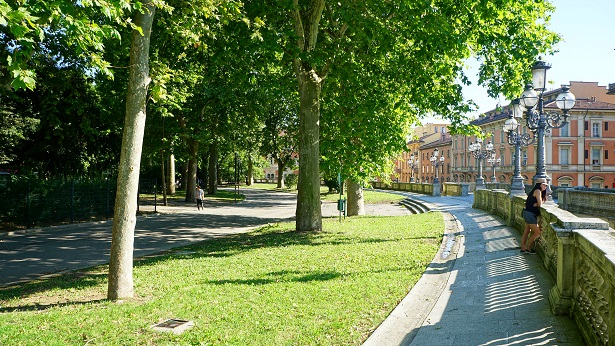