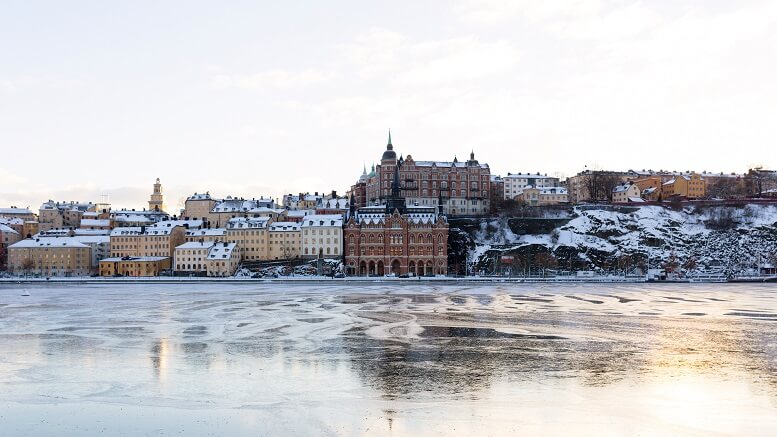 WHAT ARE THE BEST THINGS TO DO AND SEE IN STOCKHOLM?

Spread over fourteen islands connected by some fifty bridges, it’s well worth visiting for its architectural, cultural and natural treasures concentrated in a compact city.

BEFORE YOU GO TO STOCKHOLM

WHERE TO SLEEP IN STOCKHOLM?

Here is the top hotels and hostels in Stockholm that have the best ratings on Booking, sorted by price range:

Here are 10 must-see things to do and see on a trip to Stockholm:

A must-see place in Stockholm, it was here that the city was founded in 1252, although most of the buildings on display date from the 18th or 19th century. It’s strategically located at the entrance to Lake Mälaren and the Baltic Sea, and protected by the former fortress of Tre Kronor (now the Royal Palace). It’s one of the best preserved historic districts in Europe, with magnificent colourful gabled houses, a maze of small alleys, shops, museums, cafés and restaurants. Don’t miss the beautiful Stortorget square, as well as the tiny Mårten Trotzigs Gränd alley. To better understand the history of the old town, you can take part in a free excursion, ask the tourist office for more information.

Located north of Gamla Stan, this gigantic building with approximately 600 rooms on seven floors – one of the largest palaces in Europe – was designed by the royal architect Nicodemus Tessin le Jeune and completed in 1754. It replaces the former Tre Kronor Fortress (Three Crowns), which was destroyed in a fire on May 7, 1697. The palace is the official residence of the kings of Sweden, although the royal family prefers to live at Drottningholm Palace and use this palace only for official receptions. Modified several times over the centuries, the interior is grandiosely decorated and gives a glimpse of Sweden’s wealth. There are several areas to visit, but if you have limited time, don’t miss the apartments, the treasure where the Crown jewels and the royal armoury are displayed. Don’t miss also the changing of the guard.

3. ADMIRE THE WRECK OF THE VASA

If you were to visit only one museum in Stockholm, you must absolutely go to Vasa! Here you can admire the impressive wreckage of an extremely well preserved warship. Designed to be a real floating fortress, from 1300 tons of solid oak, decorated with superb sculptures and armed with bronze cannons, it was one of the largest ships of its time. However, its splendour was short-lived because in 1628, during his maiden voyage, the water rushed into the ship and it sank in a few minutes. It remained buried in the mud of the port at a depth of 32 metres, where it was discovered in 1956 by a Swedish marine archaeologist and recovered in 1961. Thousands of objects were discovered there, as well as the skeletons of the sailors who died on board. Extremely well preserved and restored with more than 95% of the original wood, it can now be admired at the Vasa Museum.

4. THE OPEN-AIR MUSEUM OF SKANSEN

The oldest open-air museum in the world, founded in 1891 and dedicated to traditional Swedish folk culture. You can discover about a hundred reconstructed buildings, houses and farms from all over the country, from the 14th century to the early 1920s. Costumed people lead craftsmen’s workshops and showcase the crafts of the past. There is also a large zoo with Scandinavian animals (elk, bears, reindeer…).

A very beautiful monument located on the waterfront on the island of Kungsholmen. Designed by architect Ragnar Östberg from 1911 and completed in 1923, it’s made of 8 million red bricks, with green copper roofs topped with arrows and domes. The interior is only accessible during a guided tour in English, which allows you to discover magnificent rooms such as the one where the dinner following the Nobel Prize ceremony is held. To have one of the most beautiful views of Stockholm, it’s possible to climb up the square tower, which rises from a corner of the central building to about 105 metres high (50 SEK – closed in winter). The town hall also has an excellent restaurant where you can enjoy a typical Swedish buffet. For a beautiful view of City Hall, go to Riddarholmen.

With a city surrounded by water, sooner or later you will have to take a boat trip. Public transport ferries provide transport between the 14 islands that make up Stockholm, excursions are organised to visit the city through its canals and on Lake Mälaren, and it’s also possible to visit the Stockholm archipelago, which consists of more than 20,000 islands and islets that extend in a sea inlet to the Baltic Sea. Day trips pass through beautiful landscapes and stopovers in several very charming islands such as Utö, Grinda or Vaxholm, where it’s possible to spend a night. They are organized by the company Waxholmsbolaget (see also the company Strömma). If you have the Stockholm Pass, an excursion is included.

Located in the Östermalm district and completely free of charge, this museum is very interesting for adults and children and is one of the best in the capital. It traces the history of Sweden from prehistory to the 16th century. An exceptional collection of Viking objects can be seen there. Plan several hours of visit. The museum has a very pleasant garden and cafeteria where you can have a drink or eat.

The Stockholm metro (called tunnelbana, or T-bana) could be one of the largest art galleries in the world, because since the 1960s, out of 100 stations, 90 of them have been decorated by hundreds of different artists. Sculptures, mosaics, paintings and other artistic installations can be found there. Among those not to be missed, Solna Centrum is perhaps the most beautiful with its red ceiling, but also take a look at the one of Rådhuset, Tensta, Stadion and T-Centralen. Of course, apart from the price of the metro ticket, admiring the works of art is totally free. 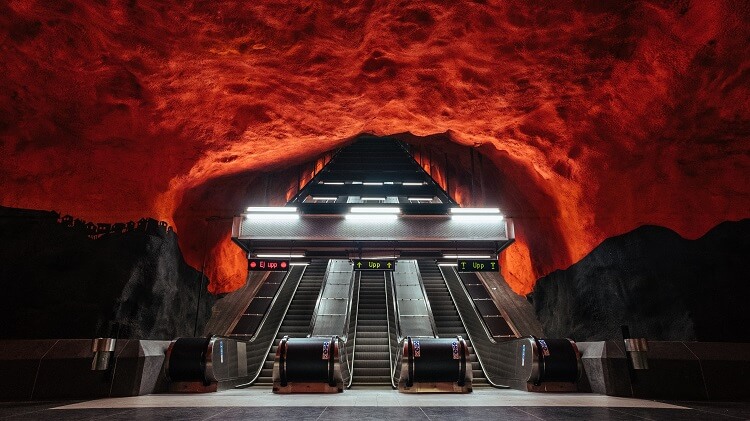 9. ADMIRE THE VIEW FROM MONTELIUSVÄGEN

One of the best views of the city, in Södermalm, with a view of Gamla Stan and the City Hall in the distance. You have to climb a little to get there, from the Mariatorget metro and then walk up Blecktornsgränd until Monteliusvägen is indicated. Go there especially in the late afternoon, at sunset.

A good getaway from the centre of Stockholm, easily accessible by metro and then by bus, or even better, by boat (only in summer). Drottningholm Castle has been the official residence of the Swedish Royal Family since 1981. It’s located on the island of Lovön, on Lake Mälaren, west of Stockholm. Apart from the private wing, the vast estate can be visited and includes a park and superb gardens inspired by those of Versailles, as well as several interesting buildings such as the Chinese Pavilion and the wooden theatre, built in 1776. The entire estate is on UNESCO’s World Heritage List.

MORE THINGS TO DO AND SEE IN STOCKHOLM

If you have some time in Stockholm, here are some other places to visit that are worth a look: