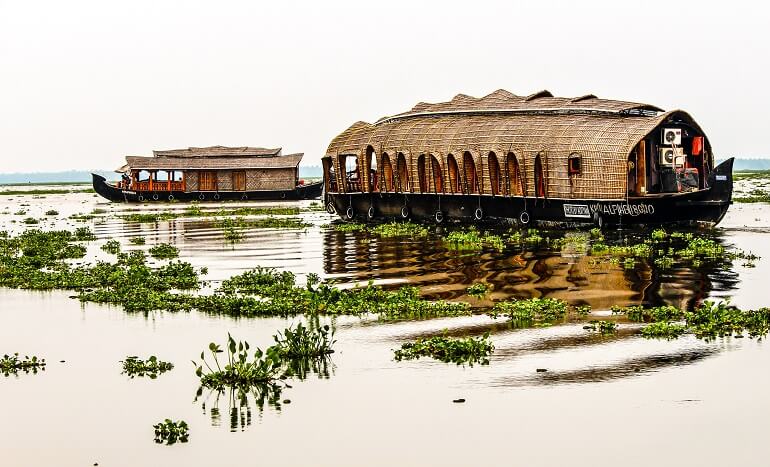 WHAT ARE THE BEST THINGS TO DO IN SOUTH INDIA?

Here is the second part of the things to do and places to visit in India.

South India contrasts well with the North of the country: you will find beaches, islands, temples and landscapes classified as UNESCO World Heritage Sites…. If you are planning a trip to South India, be careful during the period you visit: in summer the heat is stifling, it’s better to go there between November and February.

Be careful also if this is your first discovery of India, it can be quite confusing because poverty, dirt and overcrowding can leave you with a bad memory. It is better to take your time to visit India.

Here are 10 things you need to do and see in South India:

1. Explore the ruins of Hampi

Hampi is the former capital of the Hindu kingdom of Vijayanagar, which was one of the most powerful in India. It was looted and devastated in 1565 and then deserted. The landscape at Hampi is incredible, with its balancing rocks and abandoned temples. A must see in South India.

2. Take a boat cruise in the Backwater of Kerala

One of the most relaxing things to do in South India, in the state of Kerala: a cruise on a boat that will sail through canals and rivers (called “backwater”) in the middle of the tropical forest.

A port city well known for its fishing nets with a Chinese influence. From there you can visit Kerala. There are many historical sites to discover in Kochi.

A Hindu temple located in Madurai in Tamil Nadu, which is among the most important in India. Be careful, cameras are not allowed inside.

Goa is the smallest state in India and also one of the most touristic: travellers come here for beaches, sunsets, coconut palms… It’s also a former Portuguese colony that left behind many historic buildings and sites. If you want to avoid the crowd of Goa go to the nearby village of Gokarna.

The second most visited place in India after the Taj Mahal, with almost 2.7 million visitors per year. The best time to visit it is between September and October for the Mysore Dasara festival during which the temple is illuminated with 100,000 lamps.

Pondicherry is an old French trading post where you can find old buildings with typical colonial architecture. For an interesting (or strange) experience, don’t miss Auroville, located not far from Pondicherry.

One of the largest waterfalls in India, made even more beautiful by the surrounding forest. The best time to get there is during the monsoon season, when the flow of waterfalls is at its highest.

An even older mountain range than the Himalayas, the Western Ghats range runs along the southwest coast of India and is home to magnificent landscapes, tea plantations and significant biodiversity. It is a UNESCO World Heritage Site. The major sites to see are: Varandha Ghat, Ooty and the Nilgiri Mountains.

Not easy to access, the Andaman and Nicobar Islands in South India are a group of 600 islands located in the Bay of Bengal (see wikipedia). Although they belong to India, they are closer to Burma and Thailand than to the Indian continent. They suffered a lot of damage during the 2004 tsunami (especially Nicobar). The capital and entry point to the Andaman Islands is Port Blair.