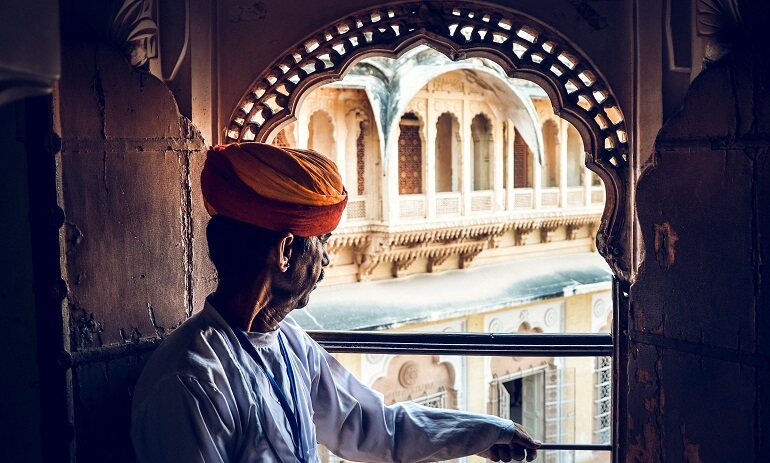 WHAT ARE THE BEST THINGS TO DO IN NORTH INDIA?

India being a huge country I separated this top of the things to do and see in India into two parts: let’s start with North India.

If this is your first trip to India, I recommend that you limit yourself to a particular region and plan your trip carefully because transportation takes a long time.

You will find in this top the must-see places as well as some places and things to do in India less known by travellers but which I think are worth it.

Here are 25 things not to be missed in North India:

Agra is home to several points of interest, starting with the Taj Mahal, the symbol of India. Still located in Agra, the Red Fort was listed as a UNESCO World Heritage Site in 1983. Finally, don’t miss the palace of Fatehpur Sikri. 2 – The Golden Temple at Amritsar

A temple covered with gold and of great importance to the Sikhs. Jaipur is also called the pink city. The Wind Palace is the most famous place in Jaipur. A citadel that emerges from the Thar desert, on the border with Pakistan. You can go for camel rides in the desert. A huge fort overlooking the city painted in blue of Jodhpur. India’s most romantic city with its palace in the middle of the lake, which served as a setting for a James Bond. 7 – Sailing on the Ganges in Varanasi

A sacred city in India: go for a walk along the ghats, which are used for washing but also for cremating the dead. Thirty caves dug in the cliff walls and containing millenary Buddhist paintings. A must see place. 9 – The temple of Kailash in Ellora

The Temple of Kailash is part of a group of monasteries and temples located in Ellora, not far from Ajanta. It is the most spectacular of Ellora’s temples because it was dug into the cliff from its top. It is the largest monolithic structure in the world. The city of Mumbai has an amazing architecture thanks to its English heritage. 12 – The medieval city of Orchha

An ancient medieval city founded in the 16th century, with magnificent temples and palaces. 13 – The Temple of the Sun of Konarak

The Surya Temple (or Sun Temple) is one of the most beautiful buildings in Orissa, built in the shape of a gigantic chariot carrying the sun god Surya. Don’t miss the abandoned Palace of Leh, the capital of Ladakh, as well as the Thikse Monastery, which resembles that of Potala, in Tibet. It is 19km from Leh. A Hindu pilgrimage that takes place in the holy cities of Prayag, Haridwar, Ujjain and Nashik once every twelve years. 18 – Kumbhalgarh: The Great Wall of India

The largest wall in the world after the Great Wall of China. It’s located near Udaipur. Meghalaya State is located in northeast India. It’s one of the wettest regions in the world. The inhabitants have created bridges made of roots, which take decades to form. Every year in autumn thousands of green turtles come to lay eggs on Gahirmatha beach. It is one of the most important egg-laying sites for green turtles in the world. This event is called “La Arribida” (in Spanish “the arrival”). The largest waterfall in India (near Cherrapunji, Meghalaya State). A Hindu temple located in Madurai in Tamil Nadu, which is among the most important in India. A city in northern India located on the edge of the Himalayas, in the state of Himachal Pradesh. It is the home of the Dalai Lama. There are several things to do in New Delhi: the Akshardham Temple, the tomb of Humayun and the Minaret of Qutb Minar (the largest minaret in India). The largest livestock market on earth, in the Pushkar oasis, where camels are exchanged for five days.