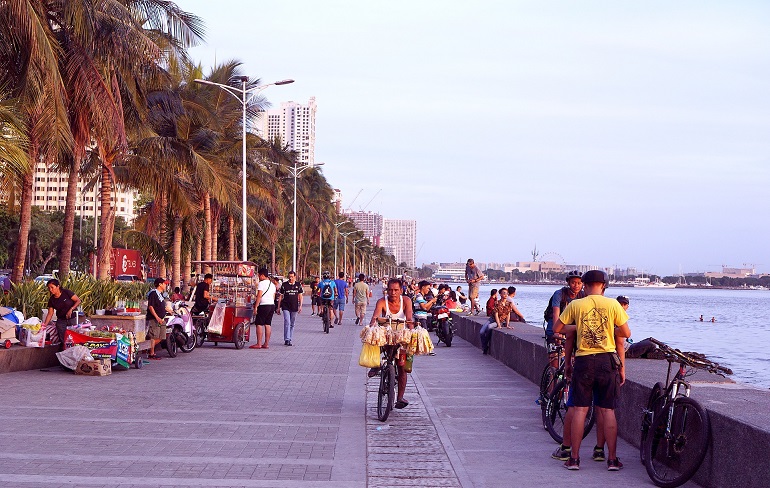 WHAT ARE THE BEST THINGS TO DO AND SEE IN MANILA 🇵🇭?

Capital of the Philippines, Manila is one of the most densely populated cities in the world with 43,079 inhabitants/km². There are 1.6 million inhabitants in Manila itself, and about 11 million in Metro Manila (around Manila).

The name Manila is of Spanish origin, itself derived from the Tagalog word ‘Nilad‘, a mangrove tree that produces white flowers.

The country having been colonized by the Spanish, you will be able to see many remnants of colonial architecture. It was also heavily bombed during the Second World War.

For a first trip to the Philippines, and especially if this is your first trip to Asia, expect a shock: there is a lot of poverty. You will see begging kids, cripples, prostitution and very dirty places. Pollution is very high, the atmosphere is dirty, you have to be careful not to get ripped off, there are plenty of pick pockets and public transport is messy to use when you don’t know it. To be honest, it’s one of the worst cities in Southeast Asia. Not for the noob travellers, especially if this is your first trip. A word of advice: get out of Manila as quickly as possible and head for the southern islands or the mountains to the north.

Manila Airport is called Ninoy Aquino International Airport and that’s certainly where you’ll arrive. It’s about 7 km south of Malate, the area where there are hotels and hostels for backpackers. It’s one of the worst airports in the world, and for having been there several times I confirm 100%: in fact it’s mainly terminal 1 that is horrible, terminal 3 is new and rather not bad but the staff is really incompetent. Not all staff fortunately, but rely only on yourself or the kindness of other travellers in case of problems at this airport.

After three days visiting Manila I was looking forward to leave the city, but there are some interesting places to visit and it’s a good starting point if you need to shop for the rest of your trip. Everyone speaks English, which is a big plus.

Where is Manila? Manila is located on the west coast of the island of Luzon.

Where to sleep in Manila? Manila’s backpacker district, where you will find all the hotels, hostels, exchange offices, etc… is called “MALATE“. It’s north of the airport. It’s the ideal place to stay if you come to Manila because it’s not far from most interesting places.

Before you go, remember to book your hotel in Manila on Booking.com

Manila: Top 5 things to do and see

1 – The island of Corregidor

That’s the reason number one to go to Manila: actually, that’s why I stayed in Manila instead of going to see the rice fields in the North (anyway I wouldn’t have had time to do them in three days).

Corregidor is an island where clashes between the Americans and the Japanese army took place during the Second World War. It’s really a must-see place  if you’re going to Manila, especially if you’re interested in World War II (or a Call Of Duty fan). In addition, the ferry terminal that takes you there is not very far from Malate (about 30 minutes by foot).

If you walk there you can also walk along Manila Bay, a seaside promenade (if you walk west from Malate). It stinks a little bit, but it’s interesting to see. 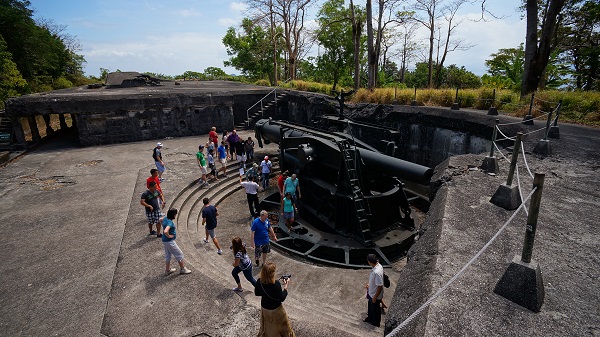 The old fortified city of the Spanish settlers, then the American settlers. It’s not very far from Malate either, so you can visit it in one day. It was partially destroyed during the bombardments of the Second World War and then rebuilt in the 1950s. The most interesting places to see in Intramuros are: 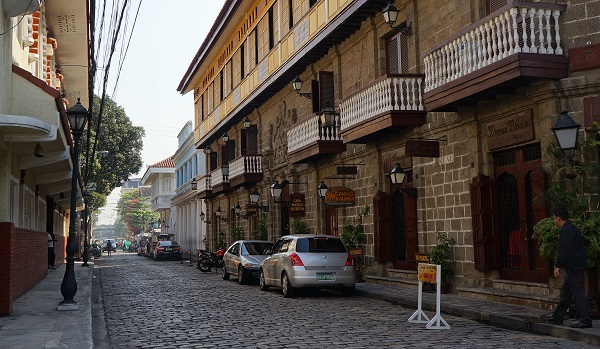 Located ten minutes walk south of Intramuros. Nice to see and you can’t miss it if you walk to Intramuros from Malate’s hotel district. A little greenery in Manila feels good. 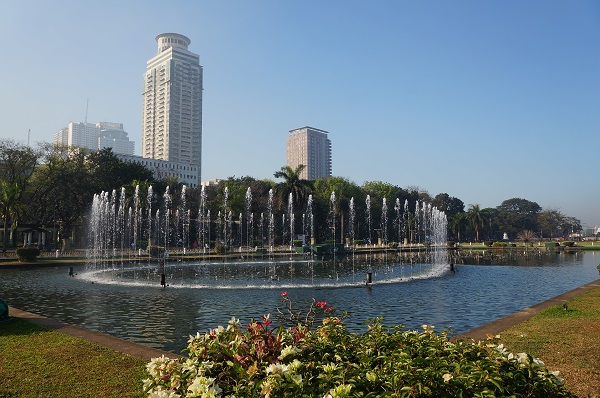 For those who are addicted to shopping, you will be spoiled! Robinson Place is the largest shopping centre in central Manila and is five minutes walk from the backpacker district. You will find restaurants, supermarkets, clothing stores, there is even a Daizo (Japanese style stores where everything is at 80 pesos).

If that is not enough for you, you can go to Mall of Asia, which is far from the centre and more difficult to access. I walked from Malate, it took me an hour and a half (I got lost though). It’s located south of Malate. It’s gigantic, and one of the largest shopping centres in Asia. There is even a skating track inside, and an Imax cinema.

The SM Megamall is even bigger, I heard, but I didn’t go there. It’s located in the Ortigas Business District. 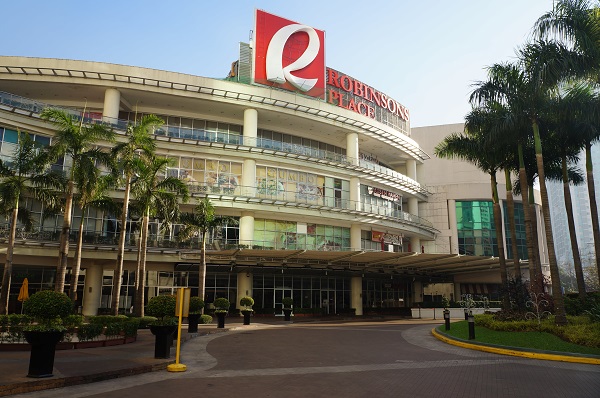 For those who don’t mind the sight of blood! Unfortunately I was only able to take a picture from the outside because it was closed the day I went there. You have to take the tram to Libertad Station. Ask the people in the street where the Cockpit is located and they will show you the way. Be careful, it’s closed on Thursdays and Saturdays. It’s open without any problem to foreigners, the entrance fee is 20-30 pesos, you will see on the way many shops that sell special food for fighting cocks.

If you have time, take a look at the covered market next to Libertad Station. I almost threw up about ten meters as soon as I got inside. I leave it to you to go and understand why (a memorable experience!). 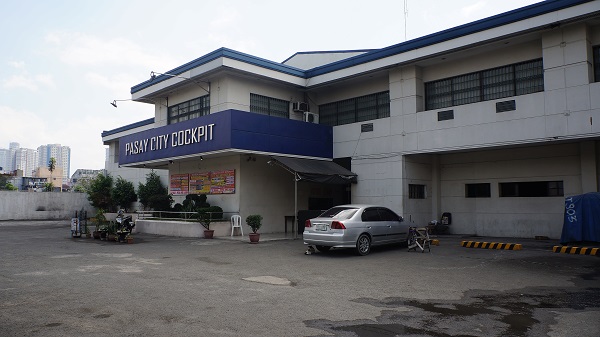