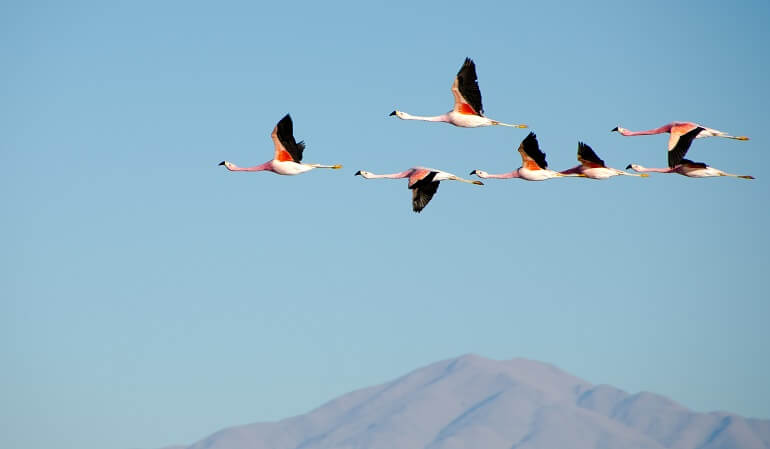 WHAT ARE THE BEST THINGS TO DO IN CHILE?

Magnificent and far away, strange and fascinating country leaning against the Andes mountain range, Chile is a true natural balcony overlooking the immense Pacific Ocean. Easily recognizable on a map of South America, Chile condenses a unique variety of climates and wilderness panoramas on a long and narrow strip of land 4,300 km long and 200 km wide. The perfect setting for an adventure trip!

And don’t forget to mention Easter Island. 3680 km away from the Chilean coast, Easter Island has fascinated since its discovery because of its immense statues, the Moaï.

The best period to visit Chile is from November to April, with a preference for the months of December to February (i.e. the southern summer) for the south of the country.

On this page, you will be able to discover in pictures the main experiences not to be missed in Chile, its must-see tourist sites and the less known but worth a visit attractions (national parks, islands, beaches…).

Although it is impossible to see everything at once, this selection may be useful for you to plan a travel itinerary if you are going to visit Chile for the first time by giving you a taste of the best things to do and places to visit.

Here are 15 things to do and see during a trip to Chile:

There are several interesting things to do and see in the Chilean capital: the Museum of Pre-Columbian Art, the Museum of Memory and Human Rights, the Metropolitan Cathedral and for the best view of the city go to the hill “Cerro’ San Cristóbal” (by cable car or on foot).

2. The coastal city of Valparaiso

Located in central Chile, Valparaíso is known for its colourful houses built on hills facing the Pacific Ocean. In the far south of Chile, Torres del Paine National Park is one of the most beautiful national parks in South America. Many trails allow you to hike for several days to admire its exceptional landscapes. 1,240 km long, the Carretera Austral is the name given to the road that connects the city of Puerto Montt to the village of Villa O’Higgins, through Patagonia and a succession of superb landscapes of fjords, forests and glaciers. A must for cyclists. The San Rafael Glacier is the most spectacular site in Laguna San Rafael National Park. It is 15 km long and can only be reached by plane or boat. 6. The Atacama Desert and the Valle de la Luna

The Valle de la Luna is located in the Atacama Desert. The particular rock formations and sand dunes earned it the nickname of “Valley of the Moon”. It is one of the most visited places in Chile. Accessible from the city of San Pedro de Atacama. Chile has many beautiful beaches, especially Bahia Inglesa, which is protected from the ocean waves and has calm, turquoise water. It is located near the city of Caldera. For those who do not like salt water, the San Alfonso del Mar hotel complex (800 km to the south) has the largest swimming pool in the world. One of the most beautiful national parks in Chile, located at a very high altitude (between 3200 and 6300 m). You can see perfectly cone-shaped volcanoes and the spectacular Chungará Lake. The fauna is rich: condors, vicuñas, alpacas, pink flamingos… Lauca National Park is located 160 km from Arica, on the border with Bolivia. 9. The island of Chiloé

The island of Chiloé is the largest of the archipelago of the same name, in the Los Lagos region. Due to its isolation from the rest of the country, its architecture and local culture are quite different. One of the particularities of the island is its churches built of wood.

The perfect place for lovers of adventure and superb landscapes: the lake region is filled with national parks, forests, snow-covered volcanoes (Osorno volcano in particular), glaciers, and of course lakes. Also known as ‘Rapa Nui’, it is the most isolated island in the world (3500 km from the centre of Chile). It is best known for its enigmatic statues, ancient Polynesian culture and wild beauty. Many ski resorts are accessible from Santiago (Portillo and Valle Nevado – the most modern on the continent) and in southern Chile. Remember that the seasons are reversed compared to the Northern Hemisphere. A green valley with a sunny climate that follows the course of the Elqui River. It is accessible from the city of La Serena. Its vines are used to produce the eau-de-vie called Pisco. Located on Lake General Carrera, it is a rock of marble and white minerals eroded by water that has formed a “marble cathedral”. It can be visited with a small boat trip from Puerto Rio Tranquilo. A salt lake located at an altitude of 4200 metres and far from everything, known for the turquoise colour of its waters and the landscape of snow-covered volcanoes in the surrounding area. There are also hot springs where you can swim.