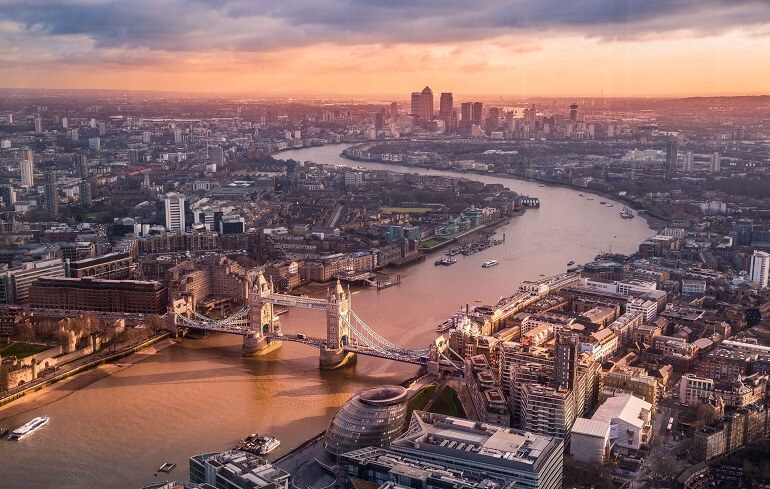 WHAT ARE THE BEST PLACES TO VISIT IN LONDON?

London is a multicultural city, with many districts and countless places to see and attractions to visit. London is alive and well and will make you vibrate – guaranteed! Forget for a second your prejudices about this city because it’s not that expensive and you can also eat very well there. It’s the same thing for the weather, because contrary to what you can imagine, it doesn’t rain every day.

A word of advice: don’t go for a weekend but for at least a short week, because you will clearly not have time to see and enjoy London’s must-see sites. Also, prefer walking to the subway, because once in the centre, all the tourist attractions of London are within walking distance.

You will be transported both in time and space: this city is very attached to art and history in general and has fun mixing the old with the new in a completely natural way, so between two pubs there is a lot to visit.

Where to stay in London?

Here is the top hotels and hostels in London that have the best ratings on Booking, sorted by price range:

Here is the top 20 places to see in London:

This is a museum that reflects the British capital: giant, entertaining and located in the heart of London. You can navigate between the ten research and collection departments: more than seven million objects are to be discovered! It’s the most visited tourist site in the United Kingdom. Admission is free except for temporary exhibitions. 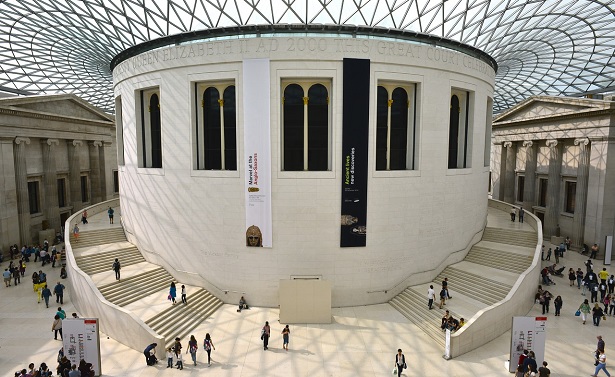 Official residence of the Queen of England, this 14th century building will offer you the spectacle of the changing of the guard (every day in summer and every other day in winter). How do we know if the Queen is currently at the Palace? If the flag is flying, then the answer is yes. 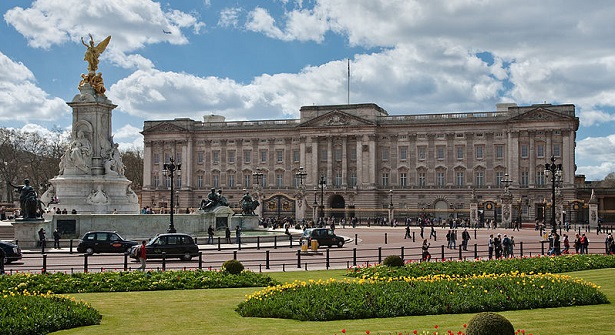 You will find collections of specimens brought back by James Cook and Charles Darwin, ideal for lovers of paleontology, zoology and botany. Admission is free. Unfortunately, the diplodocus skeleton in the main room has disappeared and given way to a blue whale skeleton. Some parts of the museum are a bit old-fashioned but will still be of interest to children. 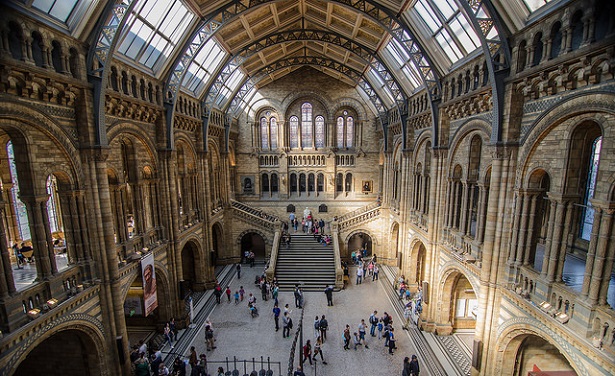 Is this world too concrete for you? That’s a little abstract! This temple of contemporary London art is housed in a huge former power station. Interactive workshops, exhibitions and videos will allow you to enjoy art with lightness. With seven floors of exhibitions, you’ll have enough to be busy! 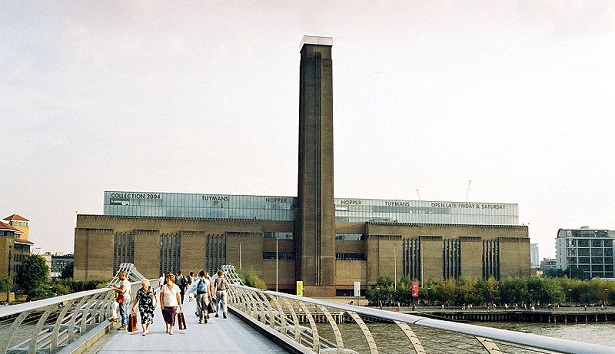 Take advantage of it because little by little the buildings of the City (the business district) are being built all around, which in the long run should hide it. Get closer to the cathedral to enjoy the sculptures and ornaments. To amaze yourself, it’s always possible for a few pounds to access the soomet and admire a 360-degree view of London. 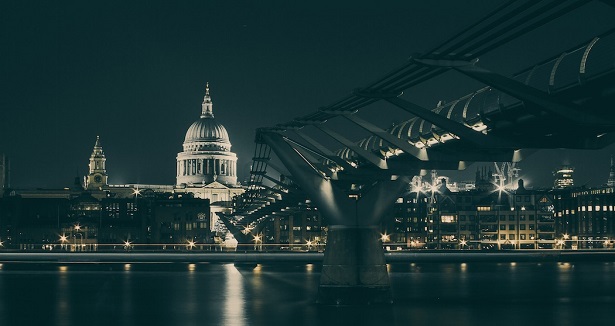 It’s the largest park in central London: perfect for a picnic, a relaxing break or even rent a small boat for lovers. The park is so large that one would forget that we are in a large and turbulent capital. In summer, concerts are organised and in winter Winter Wonderland offers a colourful show. Don’t miss Kensington garden either, which is not very far away. 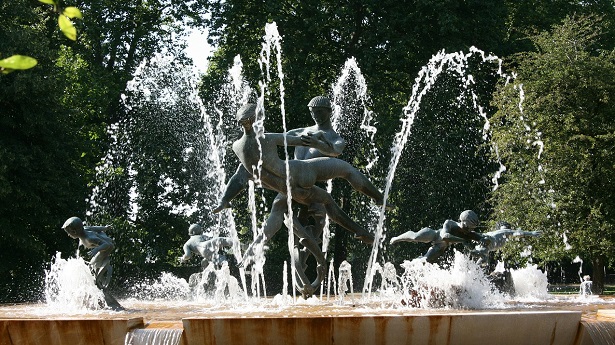 7. THE VICTORIA AND ALBERT MUSEUM

A place where decorative art and science meet, from haute couture to crystalware and tapestries to printing, this place transports you without borders through different periods and different regions of the world. More than an exhibition space, it’s also a place of study and discovery for London schoolchildren and students.

8. THE TOWER OF LONDON

Sometimes fortress, sometimes prison, but also armoury and royal residence, it represented a strategic stronghold in the history of England and was erected by William the Conqueror. Now a UNESCO World Heritage Site, it can be visited and the Queen’s jewels discovered. 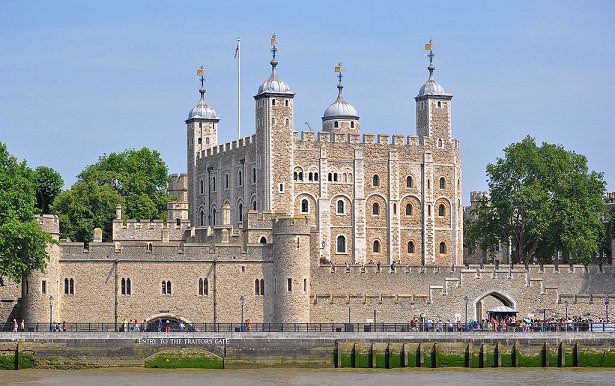 An architectural jewel among the most sophisticated bridges of its time: it’s an opening bridge (until 1999) with a hydraulic system. To enjoy the view from above and for a few euros it’s possible to take a little height and see the Thames below. The engine room is worth a visit. 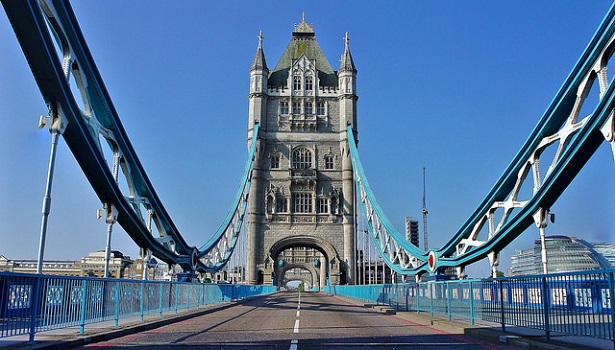 10. ENJOY THE VIEW FROM THE SHARD OR THE LONDON EYE

To admire a high view of London, go to the Millennium Wheel (a Ferris wheel also known as the London eye). Enter one of the thirty-two cabins and let’s go for a full tour of about thirty minutes. Once there, London is yours. It’s also from there that its launched the fireworks for New Year’s Eve. For an even more impressive view, especially at sunset, go to’the Shard’, a 300m high skyscraper. 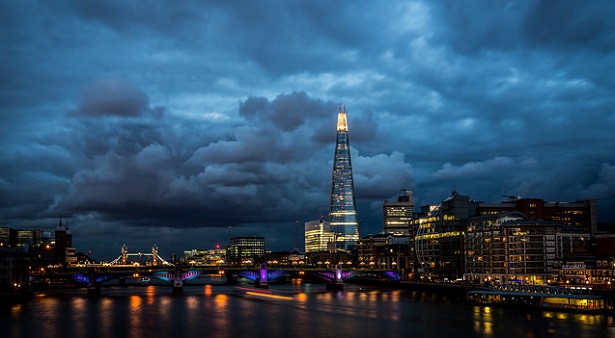 Two in one, as the National Gallery overlooks Trafalgar Square, another well-known London tourist attraction. Works that are not included in Tate Modern can be found here. The particularity of this gallery is that it was created by private and non-public funds. Admission is free except for temporary exhibitions. 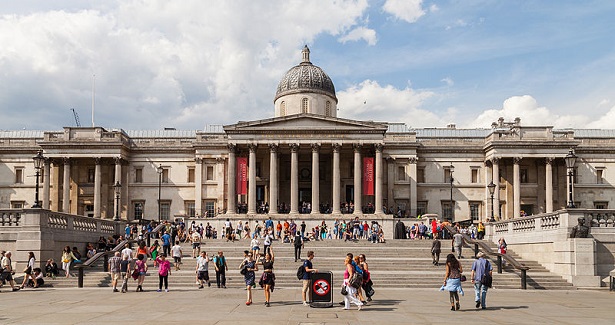 12. THE PALACE OF WESTMINSTER AND BIG BEN

A thousand is the number of rooms in this gigantic former building, which is in fact Parliament with the House of Lords (of Deputies), the political place where future Crown laws are decided. Seeing elected officials in the middle of a debate is possible at certain times and on certain days. 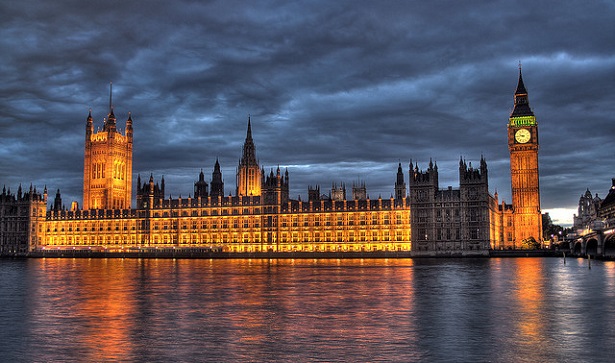 A major burial place for several Queens and Kings of England and located a stone’s throw from Parliament, this abbey is a UNESCO World Heritage Site and was built 1400 years ago. It can be visited from Monday to Saturday from 9:30 to 15:30. 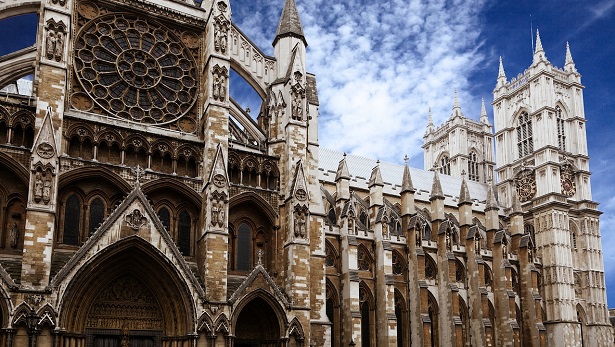 A real mix of genres with hippie, gothic, punk, underground, all against the backdrop of artisanal shops for jewellery, ready-to-wear, art and not to mention fast food stands from all continents, in short a very eclectic and lively place. 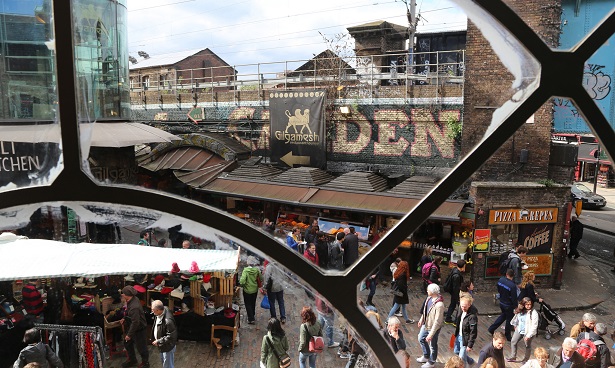 A cool place to visit, where antique collectors and craftsmen of all kinds mix to give this calm, serene and… very vintage. Not to be missed: the Notting Hill Carnival, where Afro-Caribbean culture is celebrated every year during the last weekend of August. 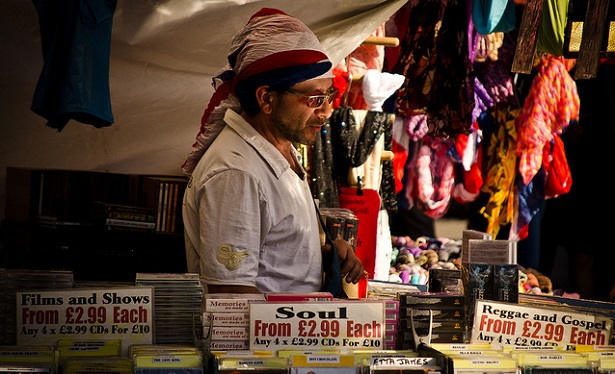 16. THE MUSEUM OF LONDON

A must to visit and understand the history of the city you are visiting, it’s located right next to the Barbican Center which is another place of art. How better to travel back in time than to see a fragment of a Roman fortification in this district which is one of the oldest in London. 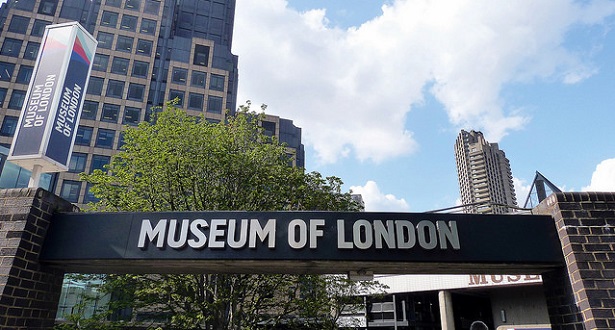 Splendid off-centre park that will satisfy nature lovers. Below, the beautiful sailing ship “Cutty Sark” anchors next to the National Maritime Museum. At the top of the park, not only is there a breathtaking view of the Docklands waiting for you, but also the Royal Observatory. The Greenwich meridian passes right through the observatory. 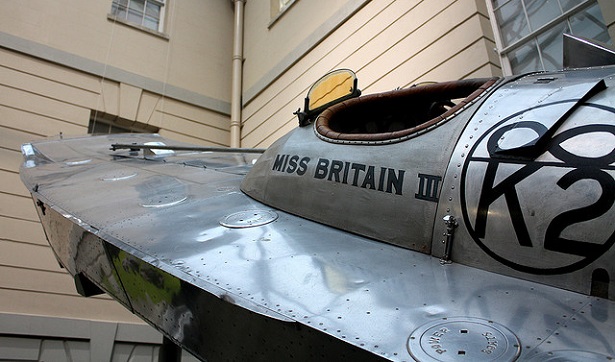 This palace is not in the centre of London but it’s worth the trip: go looking for the ghost that haunts this castle for nearly two hours and if these two hours are not enough, bring your sleeping bag… well, if you have the courage. See the Official Website for more information. 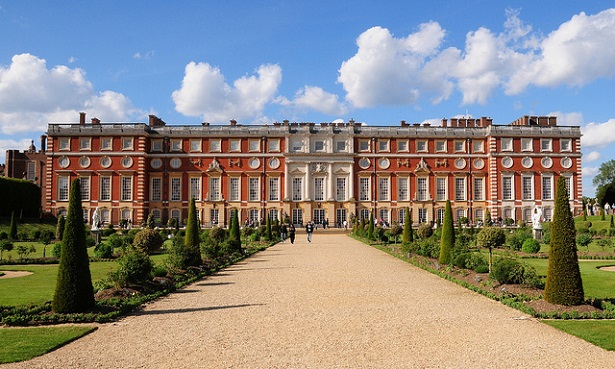 It’s the Queen’s own “garden” and contains the largest collection of plants in the United Kingdom. When the time is right, it’s good to get lost…. Each year the Queen reserves the right to close the park to the public for a few days to enjoy it herself. 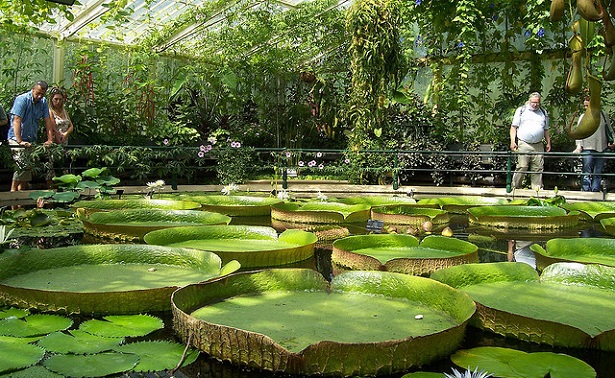 A wonderful place where your nose and taste buds will be put to good use: you will have a choice of cheeses, Viennese pastries, delicatessen, and vegetables from the British countryside. The legend that says we eat badly in England turns out to be false here. Open only on Thursday, Friday and Saturday. 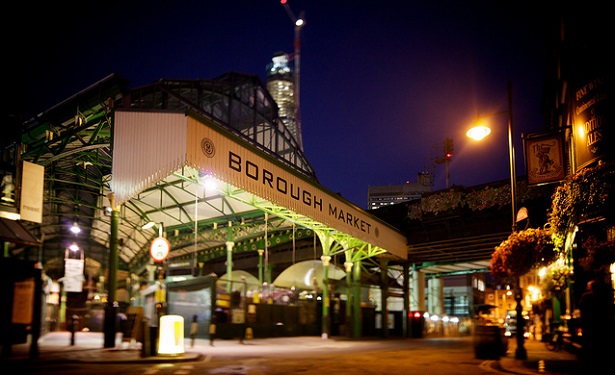