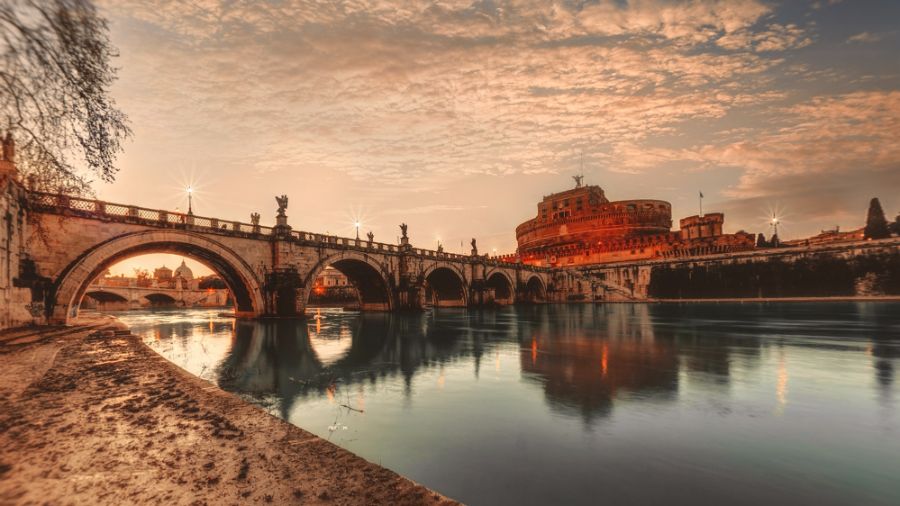 WHAT ARE THE 10 BEST PLACES TO SEE IN ROME?

Rome, the capital of Italy, is a true open-air museum, where the ancient ancient temples and amphitheatres, surprisingly intact, are an integral part of the urban landscape. The architectural richness of the Italian capital can turn heads, with its mythical places, but also its museums, numerous fountains, sumptuous palaces and medieval alleys that can be explored on foot.

Yes, it is one of the most visited cities in Europe and there probably will be many tourists during your trip, but rightly so, because the heritage is simply exceptional. Don’t forget to bring confortable shoes since you’ll need several days to explore the main tourist sites.

This selection will allow you to discover the best places not to be missed in Rome, its most famous tourist sites as well as other interestings places less know and far from the crowd.

Here are 10 must-see things to do and see on a trip to Rome: 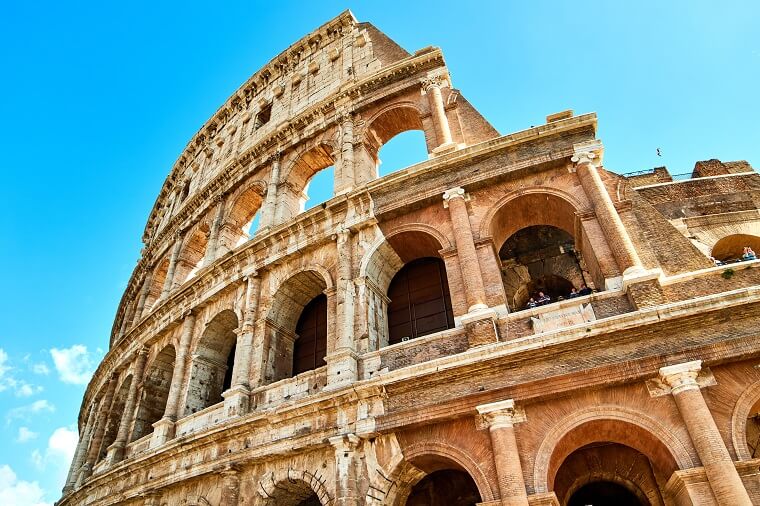 It’s certainly the first monument you’ll want to see in Rome. This amphitheatre, a UNESCO World Heritage Site dating back to antiquity, is the largest ever built in the Roman Empire. Up to 50,000 people came to enjoy themselves by attending gladiatorial battles, wild beasts or executions of those sentenced to death. Located in the city centre, it’s one of the most visited buildings in the Italian capital. Its name comes from the colossal statue of Nero that was enthroned there. Admission is free for those under 18 years of age.

Listed as a UNESCO World Heritage Site, it’s one of the most beautiful places to visit in Rome. Built on the remains of the Domitian stadium, it was used as a market place for several centuries. Animated by café terraces and street artists, it’s decorated with three Baroque fountains, including the Fountain of the Four Rivers, which represents the four parts of the world (Europe, Africa, Asia and America). In its centre stands the obelisk of Piazza Navona. 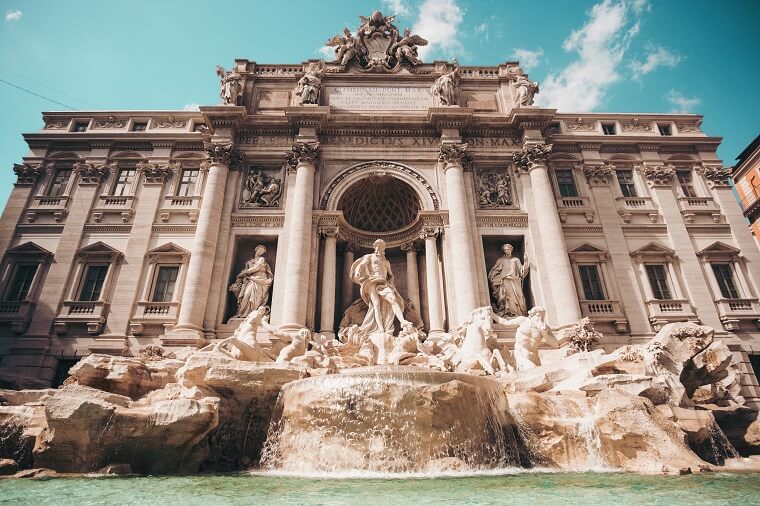 One of the top attractions to see absolutely in Rome, it’s located in the square of Trevi. Fed for 2,000 years by the Aqua Virgo aqueduct, it’s customary to throw a coin, from the back, with the right hand, to ensure a future trip to Rome. Immortalized by Federico Fellini’s film “La Dolce Vita”, it’s dedicated to Neptune, the god of the sea, driving a shell-shaped chariot pulled by two winged sea horses. 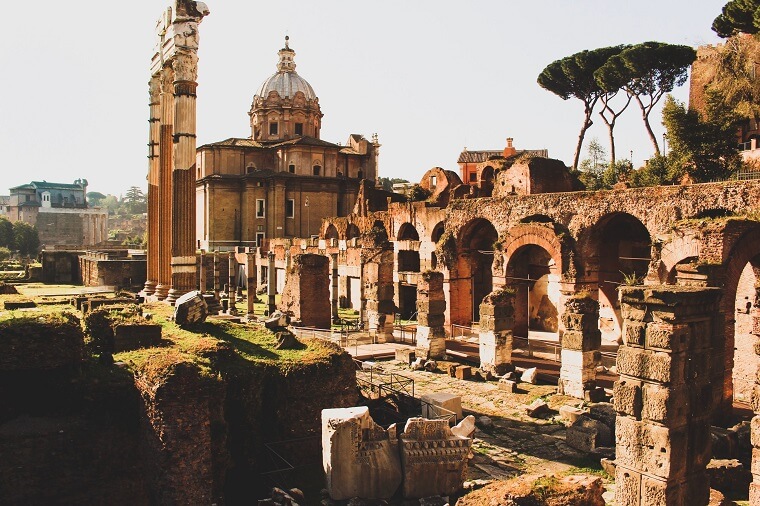 A religious, political and judicial centre of ancient Rome, this archaeological site, listed as a UNESCO World Heritage Site, is an absolute must visit! Located between the Colosseum and the Capitol, it will take you through twelve centuries of Roman architecture and culture. It houses many buildings built on either side of the Sacred Way (Via Sacra), in honour of the gods and emperors: the temples of Saturn and Vesta, the Arch of Severe Septimius… Its entrance is free for those under 18 years old. 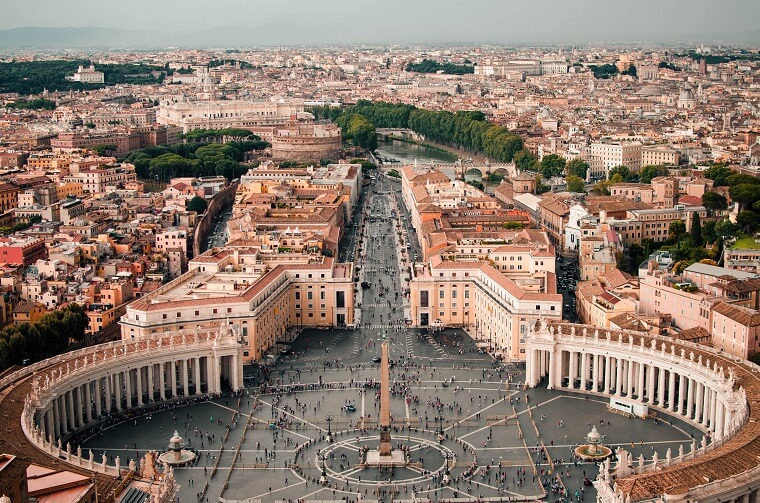 This city-state, a UNESCO World Heritage Site in Rome, is the seat of the Roman Catholic Church and the Pope’s residence. St. Peter’s Basilica (Basilica San Pietro) is the most important religious building in Catholicism. Larger than Notre-Dame de Paris, it houses, among other jewels, Michelangelo’s Pietà. Only the ascent to the dome is charged.
The Vatican museums contain works from Italian antiquity and Renaissance, such as the ceiling of the Sistine Chapel (Capella Sistina), Michelangelo’s masterpiece, over several kilometres. Admission is free for children under 6 years old.

It’s the best place to visit in Rome, as it’s the best preserved building from ancient Rome. Dedicated to the deities of the ancient religion, this temple, listed as a UNESCO World Heritage Site, was converted into a church in the 7th century. Its dome, larger than that of Saint Peter’s Basilica, is pierced at the top by an oculus, the monument’s only source of light. Behind its two bronze doors are hidden many works of art as well as the tombs of famous Italians (kings Victor Emmanuel II and Umberto I, the painter Raphael…).

Located in the luxury shopping district, it owes its name to the Spanish Embassy, which was established there in the 17th century. It’s connected to the church of La Trinité-des-Monts by a majestic staircase, allowing the connection of these two parts of the city. Surrounded by buildings in warm colours, this square, a UNESCO World Heritage Site, is decorated, in its centre, by the Barcaccia fountain, representing a boat taking on water.

8. THE CAPITOL SQUARE (PIAZZA DEL CAMPIDOGLIO) AND ITS MUSEUMS

It’s certainly one of the most touristic places to visit in Rome. Designed by Michelangelo, it was the religious and political heart of ancient Rome. Located on one of Rome’s 7 hills, it offers a fabulous panoramic view of the city. It’s decorated in its centre with a statue of Marcus Aurelius. Its museums present a magnificent collection of ancient statues (the nursing wolf Romulus and Remus) and paintings (Rubens, Veronese, Titian…). Admission to the museums is free for children under 6 years old. 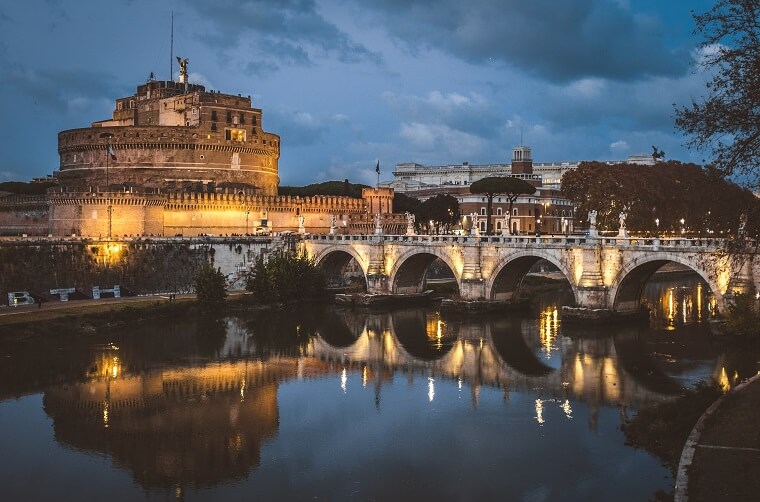 It may not be the first thing to visit in Rome, but the collector’s items it contains and the view it offers of the city are worth a visit. Built in 139 to serve as the mausoleum of Emperor Hadrian, it was successively a fortress, a prison and then a popes’ residence. A UNESCO World Heritage Site, its five floors reveal part of Roman history: a funeral chamber, cells, as well as a collection of sculptures, paintings and armour. Admission is free for those under 18 years of age.

Lovers of Italian art and history, this should be your first visit to do in Rome! Antiquity, Baroque, Renaissance, Neoclassical… all artistic periods are brought together in this immense collection undertaken by Scipione Borghese, passionate about works of art, which his rich family will continue to feed over the centuries. Located in the gardens of Villa Borghese, it’s here that you can admire one of the most beautiful collections of art in the world: Rubens, Botticelli, Le Caravage, Raphaël, Le Bernin, Titian… Entrance is free if you’re under 18 years old.

MORE PLACES TO VISIT AND THINGS TO DO IN ROME

If you have some time in Rome, here are some other places to visit that are worth a look: