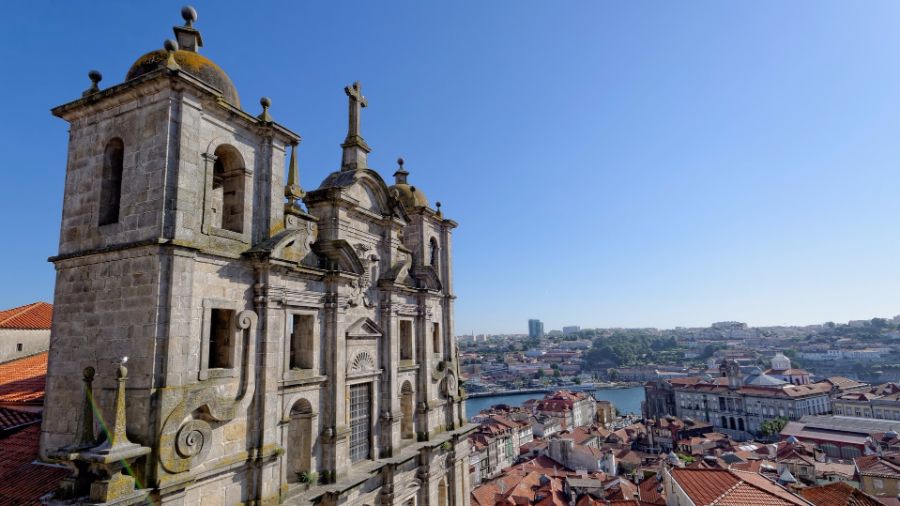 WHAT ARE THE BEST THINGS TO DO AND SEE IN PORTO?

Second city in Portugal and rival of Lisbon, Porto is a magnificent city overlooking the mouth of the Douro River, and which is famous for the wines to which it has given its name, but also for its huge bridges and historic monuments that can be discovered by exploring the charming cobbled streets of the historic centre. Although it attracts fewer tourists than Lisbon, it remains an important tourist destination in Portugal that deserves to be discovered.

This selection may be useful to you in preparing your trip to Porto, showing you the essential experiences not to be missed in Porto, with its must-see tourist sites and the activities you absolutely must do.

Here are 10 must-see things to do and see on a trip to Porto:

1. The Dom Luis I Bridge

Classified as a UNESCO World Heritage Site, the spawning ground Dom Luis I was created in the 19th century. Its main feature is that it consists of two floors. The first floor is used by vehicles and pedestrians over a length of 174 meters while the second floor is exclusively reserved for the metro and pedestrians who will enjoy the view for 395 meters long. Taking the form of a lattice arch and made of steel beams, the Ponte Dom Luis I spans the Douro river, thus linking the city of Porto to that of Vila Nova de Gaia.

2. Go to the top of the Torre dos Clérigos

The Torre dos Clérigos houses the highest bell tower in Portugal. With its 76 metres high, this tower offers an exceptional view of the old city of Porto but to enjoy it you will have to climb its 240 steps. We will then discover its 49 bells and its very well preserved carillon. In Baroque style, however, the visit of this tower is not free but going to the top of the Torre dos Clérigos is really worth it!

3. The Church of São Francisco

Built in the 14th century, the church of Saint-François is one of the most sumptuous in Porto because its interior is almost entirely covered with gold. In Gothic style, this church is composed of multiple rosettes and houses the statue of St. Francis of Assisi. Inside, there are three naves, but it’s above all the gilded wooden sculpture called the Jesse Tree that makes this place a must. It’s possible to visit the catacombs of this Igreja of Sao Francisco to visit the graves of the friars of the Franciscan Order.

Located at the top of the historic centre of the old town, the Catedral Sé is a fortress church built in the 12th century. In Romanesque, Baroque and Gothic style, this National Monument consists of two crenellated towers housing a dome. The Baroque portal houses a Romanesque rose window that gives this cathedral an appreciable luminosity. Inside, you can access a vaulted nave composed of granite pillars and discover marble clams as well as a superb solid silver altar. Outside, the cloister (for a fee) gives access to magnificent azulejos and to Casa Do Cabildo, protecting the treasure of the Catedral Sé!

The Palacio da Bolsa (Stock Exchange Palace), the headquarters of the Chamber of Commerce of Porto, is a must-see site that requires a fee. In Neoclassical style and built from 1834 onwards, this palace is composed of multiple ceremonial rooms, the most famous of which are the library and the Moorish lounge. The latter benefits from a dazzling setting that is very close to that of the Alhambra in Granada. Its interior courtyard surmounted by a glass roof is very appreciable, as is its large marble staircase, which gives this place, steeped in history, an undeniable charm.

Listed as a UNESCO World Heritage Site since 1995, the Ribeira district is considered to be the soul of the city of Porto. Composed of multiple medieval alleys, fountains, stone stairs, we take advantage of this district located in the lower part of Porto to discover colourful houses set with emaciated earthenware tiles near the banks of the Doura. We meet various street artists and appreciate the unobstructed view of the Dom Luis I bridge.

Opened in the 1930s, the Porto tramway is now electrified and allows you to discover the city by travelling back in time. With three lines, this tramway makes it possible to reach the garden of the Crystal Palace or the banks of the Douro by enjoying the landscape thanks to its wooden windows while being comfortably installed in the period leather armchairs. For a very low price, you can therefore enjoy the charm of Porto aboard its old tramway, which has retained its former elegance!

8. The Park of the City of Porto (Parque da Cidade do Porto)

To get away from the noise of the city, the Parque da Cidade do Porto offers you the opportunity to relax and enjoy the fresh air of Portugal thanks to its 10 kilometres of paths. You can stroll at your own pace by taking the time to observe the local fauna and flora. Afterwards, we stopped at the Nucleo Rural de Aldoar where we can refresh ourselves in the tea room. As for the children, they can take a ride on the merry-go-round or take a pony ride.

In 2001, the city of Porto was elected European Capital of Culture. To celebrate this title, the Casa de Musica is designed by the Dutch architect Rem Koolhaas. With its very contemporary forms, this place houses two concert halls and extends over 9 floors. A visit to the Casa de Musica is not free of charge and helps you to understand the importance of music for Porto, which organises concerts of fado, jazz and electronic music. Composed mainly of concrete and glass, this place is frequented by the largest orchestras in Portugal.

Having taken up residence in an 18th century building that was used as a prison in the 1970s, the Porto Photography Museum exhibits a very fine collection of photographic equipment as well as various temporary exhibitions. In addition, the architecture of the site will be appreciated, which may seem austere because of the conservation of the barred windows, door locks and multiple stone stairs. However, the photographic material on display is very varied between reflexes or daguerreotypes!

MORE THINGS TO DO AND SEE IN PORTO

If you have some time in Porto, here are some other places to visit that are worth a look: