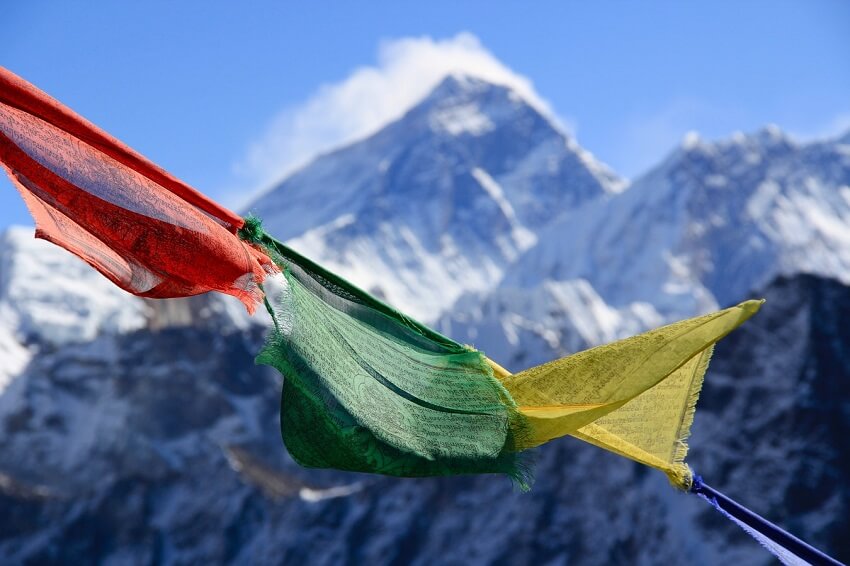 WHAT TO DO AND SEE IN NEPAL ?

Wedged between Tibet and India, Nepal finally sees the return of tourists after the 2015 earthquake that has claimed thousands of lives and destroyed many monuments.

Even if everything is not back to normal for the Nepalese and some temples are still being restored, the country deserves more than ever to be visited: it offers a wide variety of things to do and see, that whether it’s paragliding, rafting down rapids, exploring ancient temples with incredible architecture, gazing at the highest peak in the world, or wandering through the jungle to observe tigers …

And even if you don’t like trekking, the country is well worth it.

The best time to visit Nepal depends on what you want to do there. The tourist seasons are between March- and October-November. It is during these times that the conditions will be the best, whether to admire the wildlife or see the mountains in the distance without clouds or gray skies.

Here are 10 things to do and see while traveling in Nepal: 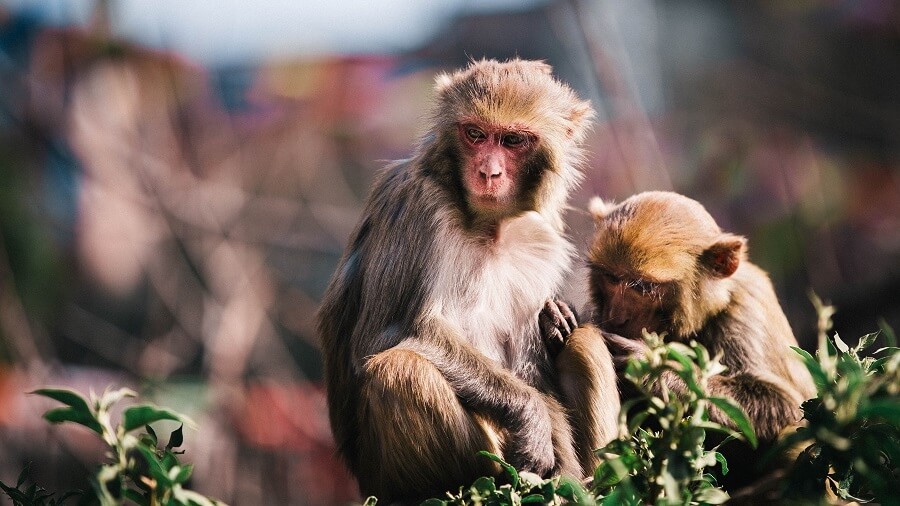 The capital and largest city of the country is the gateway to discover Nepal: with its chaotic traffic and high pollution, it does not want to linger too long but it has nevertheless some interesting places to see, whether it is small temples that we discover by chance or the famous Durbar Square, even if it suffered a lot from the earthquake of 2015, but is still worth a look.

Also worth seeing: Bodnath and Swayambhunath stupa (also called Monkey Temple), and the funerary ceremonies of the Pashupatinath Temple. The Thamel backpacker district is the perfect place to stock up on supplies and equipment before exploring the country. There are also good restaurants and bars or meet other travelers.

Whether you are beginner or experienced, Nepal is the country of the trek. The Annapurna region (north of Pokhara) is the most popular, with treks that can last from a few days to several weeks. Another well-known but less developed trek circuit than Annapurna is in Langtang National Park, where you can admire beautiful scenery and discover old Nepalese monasteries.

Finally, for those who want to see Mount Everest, tours are organized from Kathmandu to take you to Everest base camp. If you do not want to do the trek know that it is possible to see the Everest in the morning on a clear day from the village of Nagarkot, located 33km from Kathmandu.

3 – FLY ABOVE THE HIMALAYA 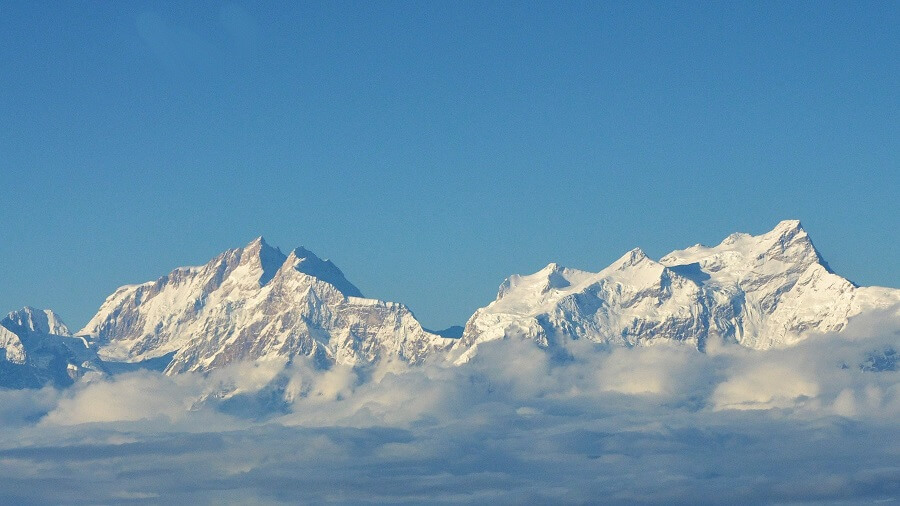 If the trek is not your thing, one possible option to see the Himalayas is to take a plane. One hour flights are organized from Kathmandu and depart very early in the morning.

It’s a bit pricey (about 250 €) and opinions differ on this type of excursion, but it’s the only way to admire Mount Everest as close as possible without having to walk for hours. The Buddhaair website offers the necessary info if you are interested.

Patan, also known as Lalitpur, is a large city located south of Kathmandu, famous for its Durbar Square and its beautiful palace, as well as the surrounding streets where there are a multitude of temples.

Patan is very easy to reach by bus or taxi (30 min) and can be visited by day from Kathmandu. The city was also hit hard by the 2015 earthquake but most of the monuments can be visited and Durbar Square is much more beautiful than Kathmandu.

The third royal city after Kathmandu and Patan is 10 km east of the capital (45 minutes by bus or taxi). Tip: Try to stay a night or two.

The atmosphere is less chaotic than in Kathmandu, and there is less pollution (cars are prohibited). Even though some of his temples have been completely shaved by the earthquake, those who have stood are beautiful.

We do not necessarily think about it, but Nepal is not only about the mountain and the trek: part of the country is at an altitude of about one hundred meters where the climate is tropical. This is where Chitwan National Park is located, all the way south of Nepal. Travelers come here to go on safaris and see rhinos, bears, wild elephants, crocodiles and, with a little luck, tigers.

The park is also home to 500 species of birds. The best time to visit Chitwan is in March-April, when tall grass has been burned and it is easier to see the animals. 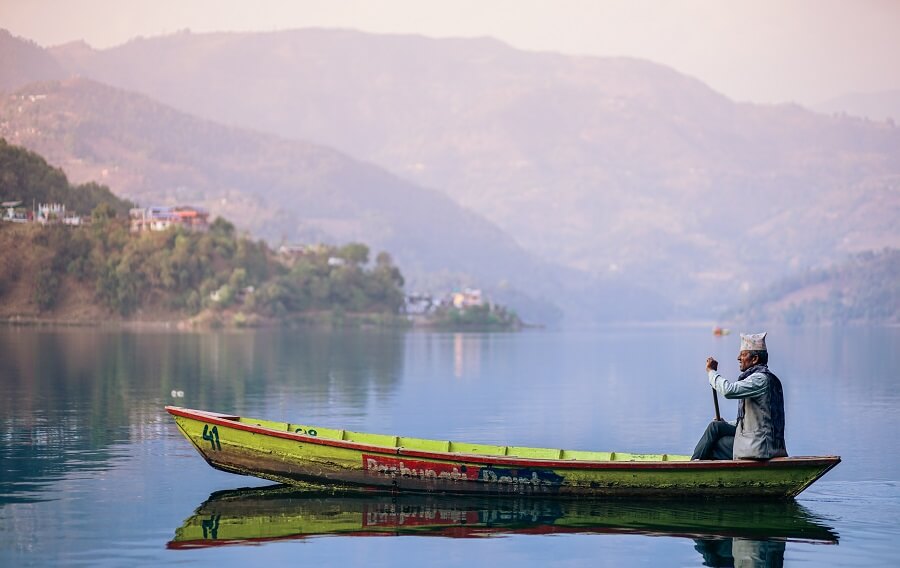 Located 200 km west of Kathmandu, Pokhara is at the foot of the highest mountains in the world and is the starting point for many treks in the Annapurna region. Pokhara is also known for being a great paragliding flight spot: if you are a beginner you can jump in tandem, and the prices are among the cheapest in the world.

You can also organize rafting tours, bungee jumping, ziplining … Even if you do not trek, there is something to look after, and its air far more breathable than Kathmandu.

A bit outside the tourist circuit, Lumbini is known to be the birthplace of Prince Siddhartha Gautama (Buddha). The place is above all an important place of pilgrimage that attracts Buddhists from all over the world (especially Chinese, Koreans, Japanese …).

There are several Buddhist monasteries and shrines, parks and gardens, and the temple of Maya Devi (the Buddha’s mother). To visit if you are interested in Buddhism and for the special atmosphere that emanates from the place.

Less known than Chitwan, Bardia is a little more difficult to access because it is located in the far west of Nepal, far from the tourist circuit. Its remoteness means that the fauna and flora are a little more protected from tourism than in Chitwan. Some say that Bardia would look like Chitwan 20 years ago …

The park is best known as one of the largest tiger reserves in Bengal. As in Chitwan, it is possible to explore the park on foot (accompanied by guides) or by jeep. The best time to visit Bardia is from March to May.

Located halfway between Pokhara and Kathmandu at an altitude of 1140 meters, Gorkha was once one of the oldest kingdoms in the country. One can see in particular the palace and its fortress, perched on a hill from where one can admire a magnificent landscape.

Unfortunately the 2015 earthquake hit Gorkha heavily but the main buildings were rebuilt. Access to Gorkha is not super simple so if you want to get away from the tourist circuits this is the place to go.

BEFORE YOU GO TO NEPAL