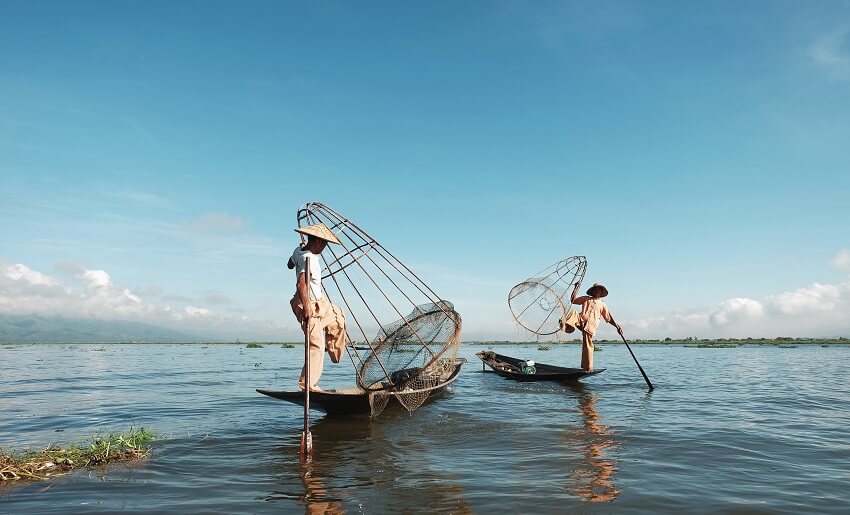 WHAT TO DO IN MYANMAR?

Finally accessible after years of isolation, Burma (also called Myanmar) offers landscapes and a culture that has been preserved from globalization until now. In any case, this is the impression you get when you arrive in Burma for the first time and it is the ideal place for those who wish to see something a little different in Southeast Asia. .

Contrary to what one might think, planning your trip there is easy enough. The formalities to get to and Burma have become quite simple thanks to the opening of certain land borders with Thailand, the ease of obtaining a visa, the possibility of changing money when arriving on the spot (bye bye the market black), so much reason to go there.

Finally, it would be a shame not to visit Burma because you would miss a place you should not miss in Southeast Asia: the archaeological site of Bagan. If you do not know this place, we can call it the Burmese equivalent of the temples of Angkor. But Burma does not have that to offer …

When to go to myanmar?

The best time to visit Burma is between the end of autumn and winter, between November and March. From november to december the climate is perfect for travel. If you want to avoid cyclonic times, choose the months of January and February, after the monsoon but before the big heat. After February, to find some freshness, you can go to the mountains or the coast.

The most favorable climate-friendly months to visit Yangon are January, February, March and December. The rainiest months in this city are June, July and August

Here are 13 best things to see and do absolutely during a trip to Burma:

The most sacred Buddhist site in Burma: a huge golden pagoda, to see ideally in the late afternoon to enjoy a beautiful light. It is 2,500 years old and houses relics of Buddha.

2 – THE ANCIENT CITY OF MRAUK U

Today a quiet village, Mrauk U was between 1431 and 1784 the capital of the Arakan empire and an important place of exchange and trade with Asia, Europe and the Middle East. What remains are the ruins of the ancient medieval town and its many abandoned temples and pagodas. It is with Bagan one of the major archaeological sites of Myanmar, although it is much less visited than the latter.

3 – MANDALAY AND ITS SURROUNDINGS

Several interesting sites to see around Mandalay, the main ones being the monastery of the Golden Palace, the Mahamuni pagoda and its huge gold-covered Buddha, the ruins of the ancient royal capital of Innwa and finally the U Ein tek bridge , to see at sunset. The visit of these sites is generally included in taxi rides offered by hotels in Mandalay.

Inle Lake is located in central Burma, almost 900 meters above sea level. It is with the temples of Bagan one of the main attraction of the country. The landscape around the region is beautiful, the lake is surrounded by mountains where you can see golden pagodas. On the lake, you can visit fishing villages and farmers who grow vegetables on floating vegetable gardens. Do not miss: a walk to the village of Indein, at the other end of Inle Lake.

5 – THE TEMPLES OF BAGAN

The main site not to be missed in Burma, or even not to be missed in Southeast Asia. Bagan is a vast archaeological site that offers an incredible panorama of thousands of Buddhist pagodas and temples. Plan several days to explore it well. You can also watch the sunrise over the plain of Bagan from a hot air balloon (more info).

6 – THE BIG ROYAL STUPA OF MINGUN

Accessible by boat from Mandalay (1 hour / 8km), this monastery was built by King Bodawpaya in 1790 who wanted this building to be as large as possible. Even if it remains unfinished, it is with its 70 meters high the largest brick structure in the world. Only the lower part of the temple that looks like a gigantic cube was completed.

7 – TAKE THE BOAT ON THE IRRAWADY RIVER

If you have the time, traveling by boat on the Irrawaddy allows you to see fishing villages, monasteries and pagodas, and it is also a good way to interact with locals. A 74km segment of the river between Mingun and Kyaukmyaung is a protected area for the Irrawaddy dolphins, an increasingly rare species but perhaps you will have the chance to see one.

8 – THE CAVES OF PINDAYA

The small town of Pindaya is home to natural grottos, where about 8000 Buddha statues have been stored in disorder over the centuries. However, the real attraction is the way to get there and which passes by beautiful mountainous landscapes. Pindaya is about 2.5 hours drive from Inle Lake.

Burma has beautiful hiking sites, especially in the north of the country to Hsipaw and Kyaukme, where mountainous landscapes offer great trekking possibilities. It is also possible to do a three-day trek to walk to Kalaw and Inle Lake.

Hpa-an is the capital of Karen State, south of Burma. There are several places to visit: several caves, Mount Zwegabin, Kyauk Ka Lat pagoda. However, the real attraction of this region are its beautiful landscapes reminiscent of those that can be seen in Yangshuo in China, or to the Halong Bay in Vietnam for example.

With 2000 km of coastline, Burma has many unexplored beaches. Ngapali (45 minutes by plane from Yangon) is the most famous and most developed in Burma: its 3 km of white sand are lined with palm trees and face the Andaman Sea. Less touristy and calmer, the beach of Ngwe Saung is with its 13 km one of the longest beach of Asia. To know however: accommodation is more expensive than elsewhere in Southeast Asia.

Another important Buddhist pilgrimage site in Burma: this large, gold-clad rock that is in equilibrium, and which according to legend is simply held by a Buddha’s hair. It attracts many tourists and believers, so do not expect to have the right place for you. To get to the top, get in a pick up but be careful, the ride can be dangerous. Women can not approach the rock.

The Hpo Win Caves, near Monywa (170 km west of Mandalay), are a little-known Buddhist complex made up of hundreds of centuries-old caves and galleries carved into the rock and used as prayer rooms. . Inside, you can see sculptures and rock paintings that trace the history of Buddhism. If you are interested in Buddhism and art it is a place to see, before the site is too degraded because it is not protected at all.