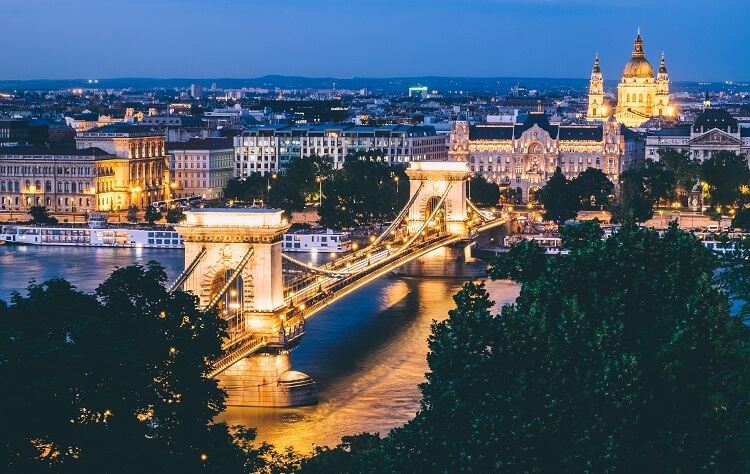 WHAT TO DO IN BUDAPEST (HUNGARY 🇭🇺)?

Budapest is the largest city and the vibrant capital of Hungary. Nicknamed “the pearl of the Danube”, it attracts more than 4 million visitors each year, thanks to its many monuments and sites which are listed as UNESCO World Heritage Sites, making it one of the most attractive capitals in Europe for its architecture, still marked by Soviet occupation and communism. Now served by low-cost airlines, it’s one of the most popular cities in Central Europe for tourists for a weekend or a longer getaway.

In 1790 German became the official language of the country, but today Hungarian is the official language, although German is still quite widespread. It has been built over time, integrating each new building with existing ones, enriching itself with different cultures…

The Hungarian capital was built on a hill (“Buda”) overlooking the Danube River and a plain where most of the city is located (“Pest”). The old town (royal castle and Matthias church) is located on the hill, the parliament on the plain.

The green hill of Buda is home to emblematic monuments (Church of Saint Matthias, Fishermen’s Bastion, view of the Parliament) and the Hungarian National Gallery. On the other side of the city centre, near the Varosliget park: the Fine Arts Museum and the remains of the 1896 exhibition. Between the two churches, the 2nd largest synagogue in the world.

Don’t forget to book your first night in Budapest on Booking.com

Here are the 10 best things to do and see in Budapest:

Located on Kossuth Square, this building has housed the National Assembly since the municipalities of Buda, Pest and Óbuda came together to form the city of Budapest. This neo-Gothic style building, dating from the end of the 19th century, is surmounted by 2 Gothic towers surrounding a 96-metre high dome. An official guide will lead you through a maze of rooms, courtyards and stairs. You can admire the sumptuous hall where the Assembly’s sessions are held as well as the crown and jewels of St. Stephen, Hungary’s first king.

Also known as the Széchenyi Bridge in homage to its creator, the tale István Széchenyi, the bridge was built to link Buda and Pest, two cities on either side of the Danube. It was inaugurated in 1849 after 20 years of work. During the Second World War, the Germans blew up all the bridges in the city, including this masterpiece. The new structure was inaugurated just 100 years after the original. In the evening, the thousands of lamps illuminating the bridge and the castle in the background offer a beautiful sight.

Perched on the top of Buda Hill, this UNESCO World Heritage Site was the residence of the Hungarian kings. It can be reached by small stairs or by taking the funicular. This huge palace, whose construction began in the 14th century, has undergone many changes over the years and underwent major restoration after the Second World War. The accessible and paying places are the Hungarian National Gallery, the Budapest Historical Museum, the catacombs and the dome. Many alleys around the castle invite you to stroll around.

Located very close to the castle, this belvedere, whose construction was completed in 1902, pays tribute to the 7 tribal leaders who founded Hungary. Here we can see an equestrian statue of Stephen I. From the top of the building, the view of Pest is magnificent. In the evening, when the opposite Parliament is illuminated, everything becomes sumptuous. A short distance away is the Matthias church where royal marriages and coronations took place, such as, in 1867, that of Franz Joseph I and his wife Sissi or, in 1916, that of the last king, Charles IV.

This Catholic church is located on the Pest side and can accommodate 8500 people. Its construction, in neoclassical style, began in 1851 and was completed more than 50 years later following the collapse of the dome. It was inaugurated in 1905 by Emperor Franz Joseph I, also King of Hungary. Free access allows you to discover an interior dominated by red marble and gilding. To see the (supposed) mummified right hand of St. Stephen and to access the gallery surrounding the dome you have to pay but the view of Budapest is worth it.

With its 3500 seats, this Moorish style synagogue built in 1854 is the largest European synagogue and the second largest in the world. Its reading table in the choir, its two side pulpits, its organ and the rich decoration reveal the architect’s Catholic obedience. During the Second World War, it housed German radio and also served as a stable. In 1944, a ghetto of some 70,000 Jews formed around the religious building. The synagogue entrance ticket also allows you to visit the Jewish Museum, both closed on Saturdays.

Located at the end of the capital’s most important artery, Andrássy Avenue, this monumental square is also dedicated to the country’s 7 founding heroes. The avenue and square have been classified as a UNESCO World Heritage Site since 1987. The semi-circular square has many statues, including those of the 7 heroes surrounding a 45m column surmounted by the statue of the archangel Gabriel. On the two peristyles at the back, stand the statues of sovereigns and other important Hungarian figures. Near the square are the Fine Arts Museum and the art gallery Műcsarnok.

This open-air museum is 10km south of Budapest but easily accessible by bus. About forty gigantic statues erected to the glory of the communist regime are gathered there. They were previously located in different parts of Budapest and were moved shortly after 1989, when the regime fell. The statues of Marx and Lenin are intact, but of Stalin, only the boots remain because the population destroyed the rest during the October 1956 insurrection. Documents relating to this revolution are on display in the park museum.

Budapest has been known as a spa city since ancient times thanks to the many springs that supply its thermal baths. Some basins are mixed, others are reserved for men or women. The Turkish baths Rudas and Király, dating from the 16th century, are among the most famous. A magnificent stone dome surmounts the central basin surrounded by small swimming pools of different temperatures. The Széchenyi Baths form a complex of 15 swimming pools, 3 of which are large, in the open air, with hot water. The baths at Hotel Gellért, accessible to non-residents, are also very famous but swimming there is expensive.

10. HAVE A DRINK IN A ROMKOCSMA

A romkocsma is a bar installed on several floors of an abandoned building. It therefore has several rooms with a bar and sometimes a dance floor. The first to open its doors in 2001 was the Szimpla Kert and it was quickly copied. Each of these bars has its own style but the decoration is generally made of heterogeneous objects of recovery. If at the beginning the Ruin Pubs were the meeting place for artists, nowadays people come here to have a drink and have a bite to eat. There are also Underground Bars.

MORE THINGS TO DO AND SEE IN BUDAPEST

If you can visit Budapest in 3 or 4 days, here are some other places and activities to do:

WHERE TO GO OUT IN BUDAPEST?

Budapest is a student city with a rich and varied nightlife. To go out, you will have the choice between student bars, smoother jazz clubs, barges, rooftops, kert (equivalent to the Berlin biergarten)… 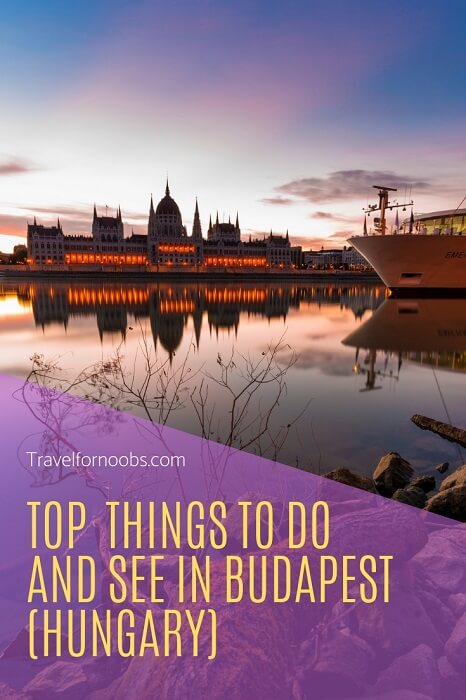