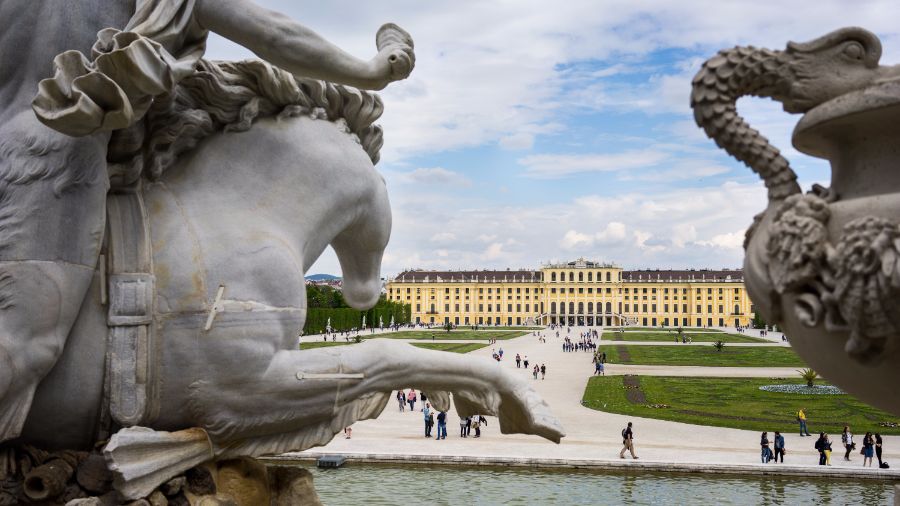 WHAT ARE THE BEST PLACES TO VISIT IN VIENNA?

Rich in history and elegant, the capital and largest city of Austria owes its artistic and intellectual heritage to its famous artists, architects and musicians, including the great classical composers Mozart and Beethoven. Vienna is also known for its imperial palaces and other historic buildings with magnificent architecture that make it one of the most beautiful cities in Europe.

It’s above all a city that represents refinement, elegance and culture for travellers, who between two museum visits will linger in cafés and in the many restaurants to enjoy typical Austrian dishes.

On this page, you will be able to discover the essential experiences not to be missed in Vienna, Austria, the must-see tourist sites as well as the activities to be done.

This selection may be useful in preparing an itinerary and organizing your stay in Vienna, giving you a taste of the best things to do and places to visit.

Here are 10 must-see places to visit during a trip to Vienna:

Symbol of the Habsburg Empire, the Imperial Palace of Vienna was founded on a former 13th century castle. It was inhabited by the royal family of Austria for 7 centuries. It was even the residence of Empress Sissi until 1898. A museum with his name is present inside the palace, as well as an impressive art collection. Hofburg is now the seat of the President of Austria. The private apartments, the ceremonial rooms and the small Gothic chapel all contain majestic treasures recalling the luxurious life of the Viennese emperors and their families. 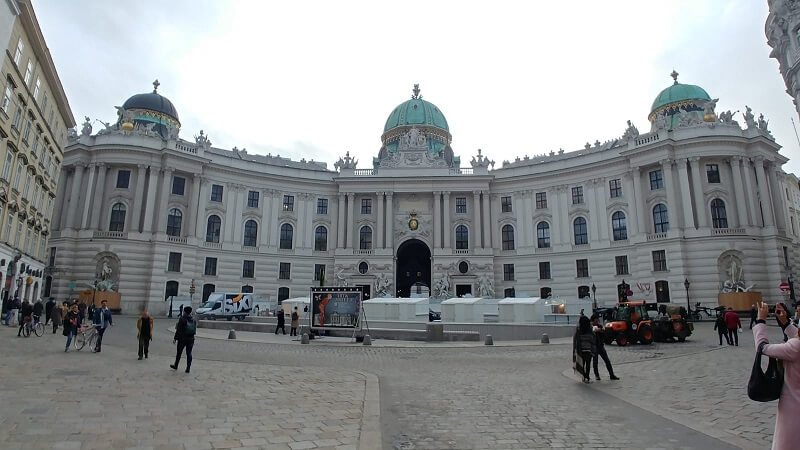 Emblematic of the city, this cathedral is unmistakable in the silhouette of Vienna thanks to its large 136.44 m high Gothic tower. The purchase of your ticket will entitle you to a guided tour to discover its many precious chapels. Relics decorated with gold and precious stones, ancient books, liturgical vestments, catacombs and marble sarcophagi are just some of the wonders to be seen in this cathedral founded in 1359. 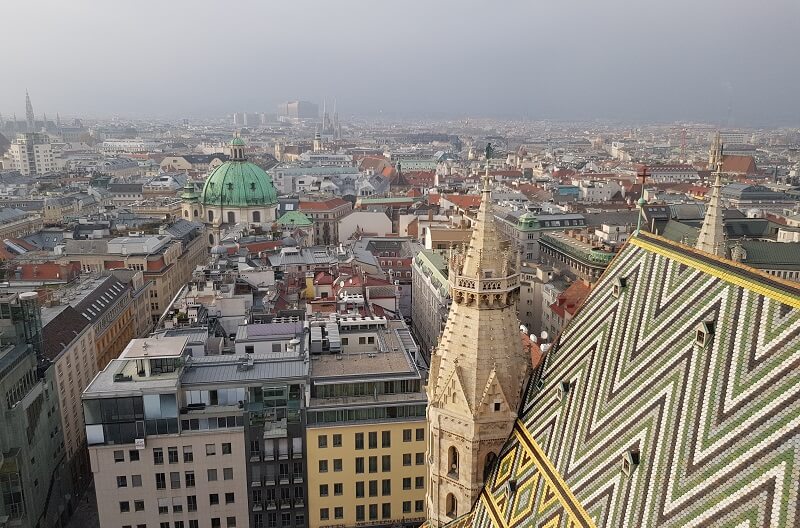 3. THE CEREMONIAL ROOM OF THE NATIONAL LIBRARY OF AUSTRIA

The paid visit to the Austrian National Library will give you the opportunity to observe a unique ceremonial room in the world. It was built in 1723 and contains many frescoes depicting the history of Vienna and the Austrian Empire. But its golden domes, its ceremonial globes as well as its statues and grandiose paintings are only a showcase for the true treasure of this place: a collection of more than 200,000 precious books dated from 1501 to 1850.

This trendy place in Vienna was built in the former stables of the imperial court. It has 7 museums and institutions, as well as bars and restaurants to enjoy the atmosphere of modern Vienna. Not to be missed, the Leopold Museum presents a unique architecture in its white limestone cube and exhibits the greatest masterpieces of Austrian modern art. The MUMOK is more international, featuring works by Andy Warhol, Pablo Picasso, Yoko Ono or Gerhard Richter in a basalt setting. It’s dedicated to the 20th and 21st centuries. 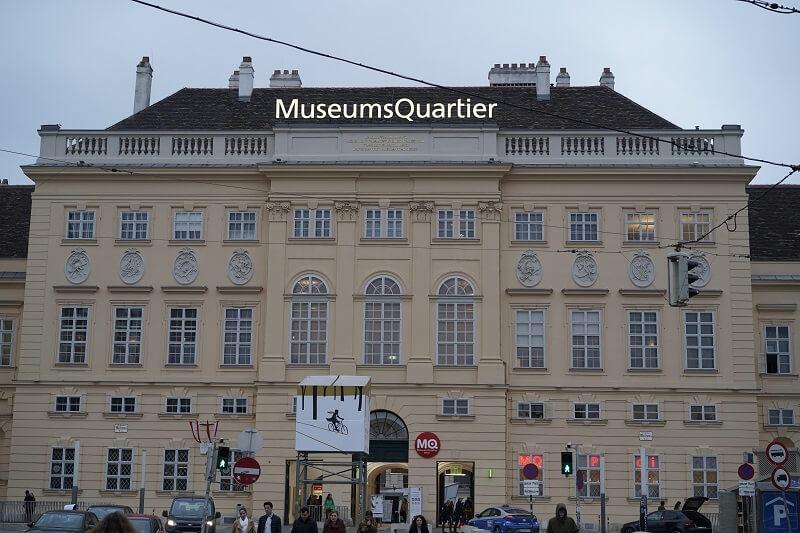 The Albertina Museum in Vienna is one of the most famous in the city for the variety of works on display. In addition to his masterpieces of Impressionism, Expressionism and Russian avant-garde, it contains precious objects and magnificent photographs. Degas, Picasso, Chagall, Renoir or Cézanne, there is no shortage of masterpieces. When you visit this paid museum, you won’t just look at the wall. Indeed, the floors, ceilings and columns of its ceremonial rooms are also worth a look. 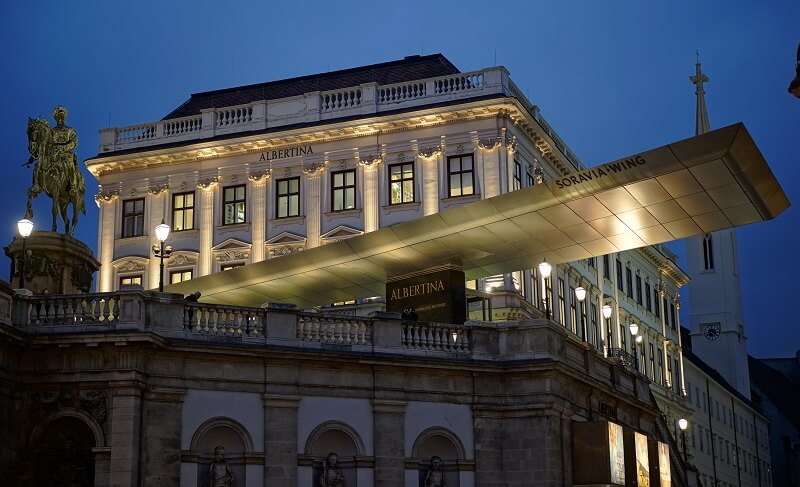 A Mecca of Baroque landscaping, the Belvedere Palace is home to one of the oldest gardens in Europe. Built at the end of the 17th century, this palace served as the summer residence of Prince Eugene of Savoy. Today, it traces the country’s history through artistic works, from feudal times to the present day. Its visit is subject to a fee and includes a visit to the majestic galleries, rooms and halls of the palace, a walk in the gardens and an escapade to the stables to discover a splendid collection of medieval art. From the top of the belvedere you can observe the huge reflection pool and take magnificent pictures of the alpine garden.

7. THE MUSEUM OF ART HISTORY IN VIENNA

Founded in 1891 to house the royal family’s collections, this museum is one of the largest in the world. In addition to its baroque treasures, it contains some wonders of the ancient world, including a fascinating collection of Egyptian and oriental objects. The museum has many paintings by Velázquez, Titian, Rembrandt and Tintoretto. He is also the proud host of two of the most famous masterpieces of art lovers: Vermeer’s “Ars pictoria” and Raphael’s “Madonna in the Green”. It’s not free of charge.

The Hundertwasserhaus is a building with an unusual architecture designed by the architect Friedensreich Hundertwasser in 1983. Its colourful facade attracts the eye and will give you the opportunity to take beautiful pictures of one of the strangest inhabited buildings in the world. It’s decorated with more than 200 trees, but cannot be visited. However, after observing it from the outside, all you have to do is cross the street to get to Hundertwasser Village. This other work of the artist is a shopping centre with a unique style. You can go shopping, buy some souvenirs from Vienna or have a drink in one of its many bars while enjoying its unusual and contemporary architecture. 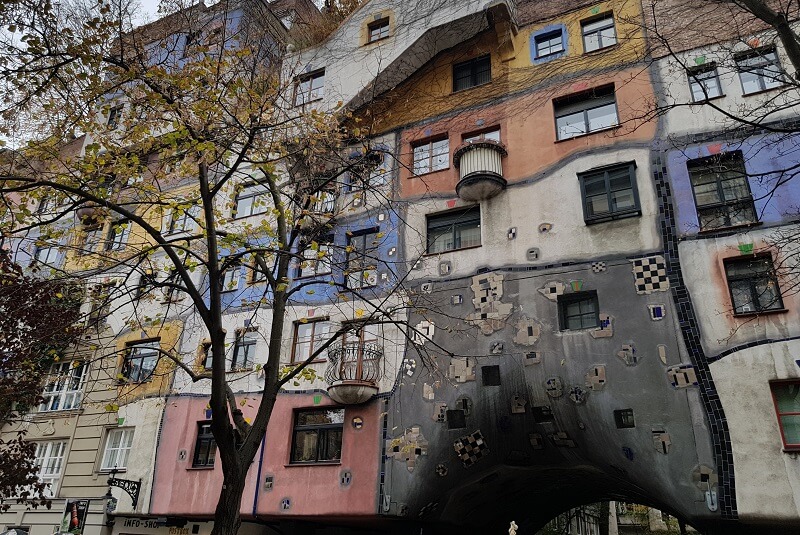 This prestigious city hall was built from 1872 to 1883 by the famous architect Friedrich von Schmidt. It measures up to 97.9 m and houses many grandiose rooms. Its neo-Gothic architecture is really worth a visit. Much more than the residence of the Mayor of Vienna, the City Hall is a festive place where many annual events are organised that are at the heart of the Viennese tradition. The Life Ball, the Advent market or the ice skating course, take advantage of your visit to the city to discover its warm atmosphere during one of these events organized in the city hall or in its park.

Former summer residence of Empress Sissi and her family, Schönbrunn Castle is a UNESCO World Heritage Site. Very easy to access from the centre of Vienna, the entrance fee gives access to 45 of the 1441 rooms in the castle. The sumptuous rococo interior design consists of Indo-Persian miniatures, rosewood and ebony floors and hundreds of precious objects. The exterior houses many fountains and statues as well as a superb Gloriette. A zoological garden, a palm tree greenhouse, an imperial carriages museum and a labyrinth can also be visited in the castle garden. 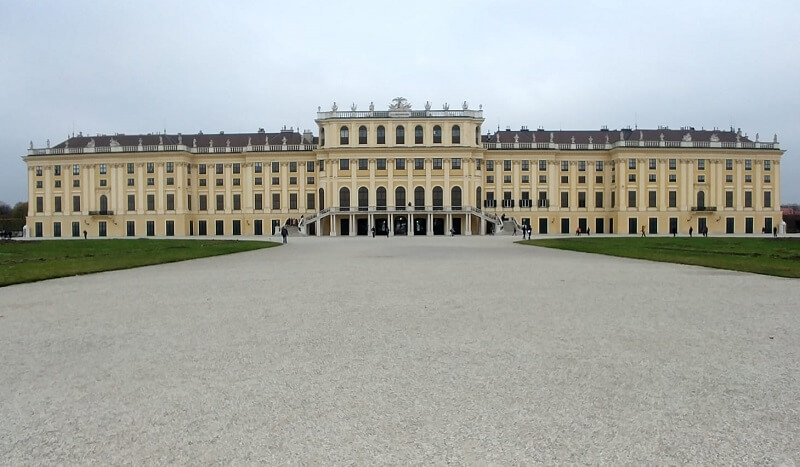 MORE THINGS TO DO AND SEE IN VIENNA

If you have some more time to spend in Vienna, here are some other places to visit that are worth a look:

THE MOST BEAUTIFUL VIEWS IN VIENNA

Here’s the top 5 best places to enjoy a beautiful panorama of Vienna: