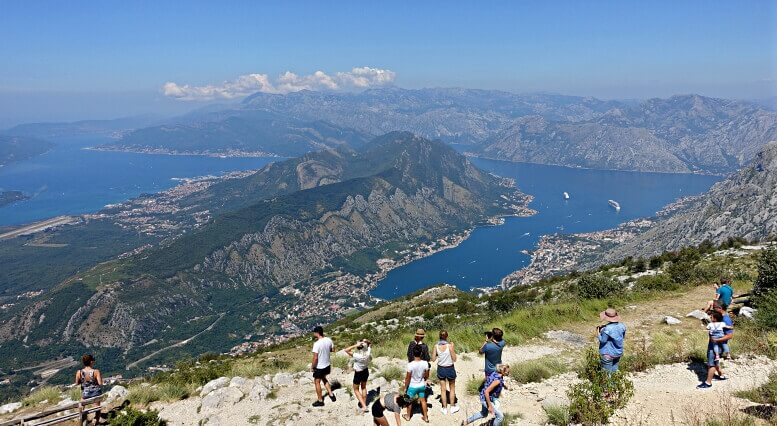 WHAT ARE THE BEST THINGS TO DO IN MONTENEGRO?

Montenegro, bordering the Adriatic Sea, is one of the youngest states in the world. It’s the only country bordering each of the former Member States of the former Yugoslavia. Despite its recent independence, it has a centuries-long history as an independent duchy. Much of the country is uninhabited and there are still bears and wolves living there. The country is developing enormously in terms of tourism thanks to its proximity to Croatia (only one hour by bus from Dubrovnik). However, the country remains authentic.

Despite its small size, the country has a rich cultural, historical and natural heritage that offers a wide range of sites to see and visit. You can discover spectacular mountainous landscapes, remarkably preserved medieval villages, superb beaches, gigantic canyons… The country also has five national parks that cover 10% of its territory.

The best times to visit Montenegro are spring and summer, from May to September. If you want to see the mountains in the north of the country, choose July and August because temperatures drop quickly. On the other hand, July and August are extremely hot on the coast, not to mention the tourists who arrive in droves.

Still spared by mass tourism and with a well-preserved nature and incredible panoramas, Montenegro deserves a week or two of visit.

Here are 10 things to do and see on a trip to Montenegro:

1 – VISIT THE OLD TOWN AND THE KOTOR FORTRESS

Stuck at the bottom of the bay, at the foot of impressive mountains, the city and the fortress are one with the landscape. The walls of the fortress are not very different from the mountain during the day but they are lit at night. Accessing the top of the fortress, although quite exhausting with the heat, allows you to admire a superb panoramic view of the old town and the bay of Kotor. Within the walls of the old town there is a very well preserved medieval architecture, although the town was partially destroyed by an earthquake in 1979. One of the most beautiful bays in the Mediterranean, with the appearance of Norwegian fjords. Kotor Bay is now a World Heritage Site. This deep bay is 28 km inland. Its geostrategic position has always been interesting for people, and the bay is surrounded by fishing villages, monasteries and churches. A must see in Kotor Bay: the natural islet of Saint-Georges and Notre-Dame des roches, located opposite Perast. The old town of Herceg Novi, at the entrance to the mouths, is also worth a visit. A boat trip to the entrance of the bay allows you to see some curious places like the blue cave, the old prison island and old abandoned submarine hangars. 3 – ADMIRE THE VIEW FROM LOVCEN MOUNTAIN

Accessible by a steep road and located directly behind Kotor, is Mount Lovćen National Park (1749 m). At the top, an underground staircase leads to the mausoleum of Petrovic Njegoš, built in honour of this important figure in the country’s history. Cross the mausoleum and you will come to a circular platform that offers a spectacular panorama. From there, you can see a large part of the country, its steep hills and the entrance to the mouths of Kotor. Hiking in Mount Lovcen Park is possible from Ivanova Korita.

Built in the 17th century and carved on the cliff of Mount Ostrog, this troglodyte monastery is a place that exudes great spirituality. It is one of the most famous places of pilgrimage in Montenegro. It is dedicated to Saint Basil of Ostrog whose relics are kept in a chapel. They would allow miraculous cures. Nestled at an altitude of 900 metres, the monastery is a little difficult to reach by car but is quite impressive to see.

Located 1h30 from Kotor, the former historic capital is now a quiet city of 15000 inhabitants that can be visited entirely on foot. The place is pleasant with its wide avenues and cafés with terraces. Located at an altitude of 670 m, the climate is also more pleasant than in Kotor. Here you can visit the Orthodox monastery, the Royal Palace of Petrović Njegoš (the last king of Montenegro) as well as several former embassies and official buildings now converted into museums. Divided between Montenegro and Albania, it is the largest lake in the Balkans: it is 44km long and 13km wide, with an average depth of 6 metres. You can see 256 species of birds, including rare pelicans from Europe. To protect biodiversity, the Montenegrin side of the lake became a national park in 1983. Don’t miss the view on the horseshoe of the river. The area is a little off the beaten track but try to plan a boat trip on the lake. You can even swim in it in the middle of the water lilies. This small park of 56km² located in the centre of Montenegro is home to a large number of plant and animal species (foxes, deer, wolves…). It has one of the last primary forests in Europe, a glacial-age lake and beautiful 2000-metre peaks. The park has many marked hiking trails that allow you to explore it in all directions. Cards are available at the park entrance shop, where you must pay an entrance fee. You can also rent boats by the hour or by the day. A path runs all around the lake and you can rest on benches set up here and there. If you have time, between Podgorica and Biogradska Gora, make a stop at Morača Monastery.

Montenegro’s largest national park is a paradise for nature lovers and adrenaline junkies. You can admire spectacular peaks. It also includes the Tara Canyon, the deepest in Europe, and the second deepest in the world after the Grand Canyon in the United States. The turquoise river of the Tara is surrounded by cliffs rising up to 1300 m high. To discover it, rafting or canoeing remains the best way (the best time is in May and June). You will find agencies that organize excursions to the city of Žabljak. Also worth seeing: the Black Lake (Crno Jezero). 9 – THE OLD FORTRESS OF STARI BAR

An ancient citadel founded in the 5th century, perched on the foothills of the Rumija massif. Several civilizations have followed one another and left many buildings: there are among others old Turkish baths, a Venetian palace… Explosions in its powder warehouses at the beginning of the 20th century explain its current state. However, the place remains beautiful to visit, with its remains covered by nature. 2500 years old, Budva is one of the oldest coastal cities in the Adriatic. The architectural richness of the city of Budva is marked by its sacred heritage inherited from Greek, Roman and Christian civilizations. The city is also a particularly lively seaside resort in summer and undoubtedly one of the most attractive destinations on the Adriatic coast. Near Budva, the Sveti Stefan peninsula perfectly represents the “postcard” of Montenegro: this ancient fortified fishing village dating from the 15th century is built on a rocky islet connected to the coast by a narrow strip of sand. It has been a luxury hotel since 1955.