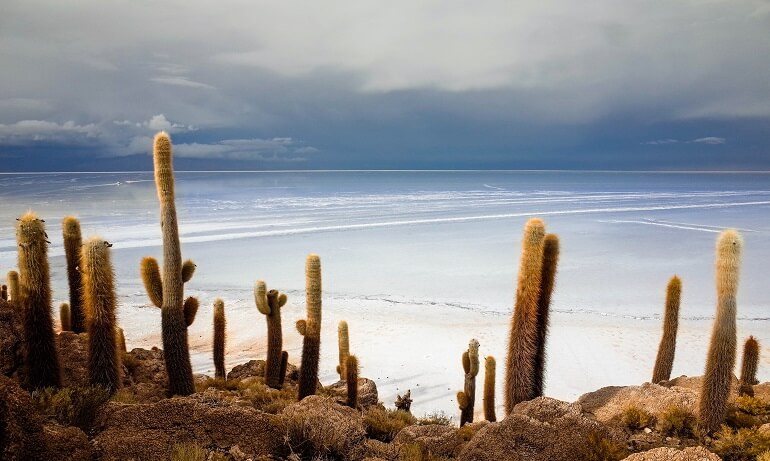 WHAT ARE THE BEST THINGS TO DO IN BOLIVIA?

On this page, you will be able to discover in pictures the main experiences not to be missed in Bolivia, its must-see tourist sites and the lesser-known but worth a visit attractions (cities, national parks, archaeological sites…).

Although it is impossible to see everything at once, this selection may be useful for you to plan a travel itinerary if you are going to visit Bolivia for the first time by giving you a taste of the best things to do and places to visit.

Bolivia is certainly the most authentic country in South America. Divided between the Amazon and the Andes, it possesses an exceptional wealth of landscape and culture.

The best time to go to Bolivia depends on your destination: rather in summer, from June to September for the Northeast plains and rather in spring and autumn if you want to discover the Andes Cordillera. Be careful however in all seasons to the rigours of the climate of altitude.

Here are 15 things to do and see in Bolivia:

1. The Salar of Uyuni

Certainly the most famous tourist attraction in Bolivia, the Salar de Uyuni offers one of the most extraordinary landscapes in South America. It is in fact an old completely white salt lake, which can be explored by 4×4. The contrast between the blue of the sky and the white allows you to take amazing pictures. Located at an altitude of 4000 meters, this city is known for the silver mines of Mount Cerro Rico which have made the city prosper since 1545. It is possible to visit them, and see the very difficult conditions in which minors work. Also worth visiting: the Santa Teresa convent and the casa de la moneda. Located in a canyon at an altitude of more than 3500 meters, it is the highest capital of the world and the starting point for many excursions in the region including the Yungas Route (n°6) and the Royal Cordillera (n°14). To see: the market of Hechiceria and its curiosities, the city of Tiwanaku (n°10) and the valley of the Moon (n°4). Mount Chacaltaya (5395 metres) and Lake Titicaca are both within a two-hour drive of La Paz. 4. The Valley of the Moon

The Moon Valley, about 10 km from the centre of La Paz, is a maze of canyons and strange rock formations made of clay that were formed by wind erosion and heavy rainfall. What remains is an unreal landscape of peaks of different colours depending on the minerals they contain. 5. The Jesuit missions of Chiquitos

Located in eastern Bolivia, Jesuit missions were founded by European missionaries at the end of the 17th century to evangelize the Indians of the region. There are superb buildings that combine Catholic religious architecture with local traditions and house works of art. 6. The Yungas road, the most dangerous in the world

The Yungas road, which runs 65 km from La Paz to Coroico, is one of the most spectacular in the world: it overlooks the forest from the top of the Andes. It offers a striking but also extremely dangerous panorama and many accidents occur every year. Mountain bike tours are possible from La Paz on what is known as the “road of death”. Occupying the northeast corner of Bolivia near the border with Brazil, it is one of the most beautiful and largest national parks in Bolivia, with a wide variety of birds and mammals living in the rainforest.

Located a little further south of the Salar de Uyuni, on the border with Argentina and Chile, the Eduardo Avaroa National Wildlife Area is a huge 7,000 km2 nature protection area. You can see deserts and rock formations, volcanic peaks and amazingly coloured lagoons that attract many pink flamingos and herds of vicunas. The city of Rurrenabaque is the starting point for motorized canoe trips in the Bolivian pampa, where you can see caimans, pink dolphins, capybaras and many birds close up. From Rurrenabaque it is also possible to organize a visit to Madidi National Park.

Tiwanaku is located 1h30 from La Paz: it is an ancient city built by a pre-Inca civilization, from 1600 to 1200 BC. The site was damaged by the Incas and Spaniards in search of gold and silver, but there are still surprising monolithic temples and structures. Torotoro National Park, a 4-hour drive southeast of the city of Cochabamba, is the smallest national park in Bolivia. It is home to the Vergel Canyon (see photo), caves and waterfalls as well as many fossils and dinosaur tracks. Nicknamed “the white city”, it is considered the most beautiful city in Bolivia thanks to the buildings in its historic centre, which combine Spanish colonial architecture with local traditions. It is a UNESCO World Heritage Site. One of the most famous lakes in the world, located at 3,812 meters above sea level. Not to be missed: the city of Copacabana located on the shore of Lake Titicaca and former place of Inca pilgrimage, and the Isla del Sol, the birthplace of the Incas according to legend. 14. Trekking in the Royal Cordillera

The Royal Cordillera is the most famous mountain range in Bolivia and is a must for trekking enthusiasts. During its crossing via ancient Inca trails, you can admire a superb panorama with six peaks over 6000 m high, glaciers and multicoloured lake. The treks of the Royal Cordillera are done over several days. Amboró National Park is located in the west of the department of Santa Cruz, at the edge of the Amazon basin, the Chaco plain and at the foot of the Andes mountains. There are different types of forests, with the Amazonian forest in the north but also giant ferns in the southern part of the park. It is home to the most bird species in the world.