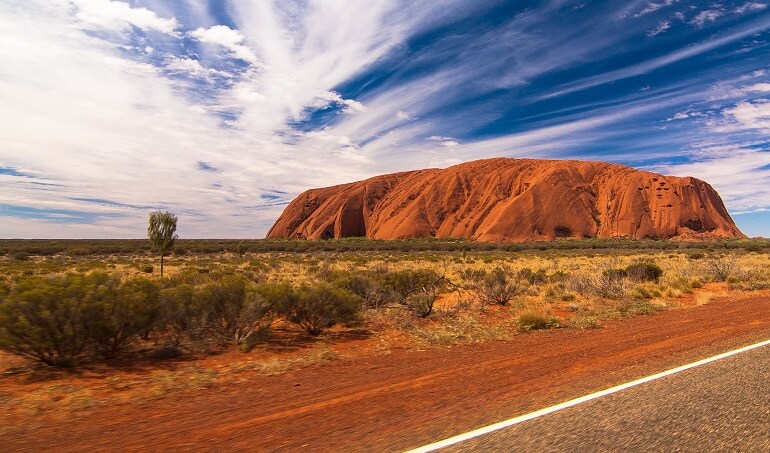 WHAT ARE THE BEST PLACES TO SEE IN AUSTRALIA?

Even though most of the interesting places are located on the coast, the vastness of the territory makes it difficult to plan a trip to Australia, especially if your time there is limited.

You will have to take into account the distances, your budget and how much time you can spend there, but this list should help you in your travel planning.

Some facts you should know :

Here are 15 places to see in Australia:

Located in the heart of Australia, there are three sites not to be missed: Uluru, King’s Canyon and the Olgas. If Uluru (also called Ayer’s Rock) is a well-known symbol of Australia, my favorite place in the Red Center is King’s Canyon. If you only need to visit one Australian city, go to Sydney: walk to Circular Quay to see the opera and Harbour Bridge, go to the botanical gardens and walk from Bondi Beach to Coogee Beach. If you can go for the New Year, don’t hesitate for a second, it’s really worth it. Located in the northwest, it is Australia’s least populated region and is home to Purnululu National Park (or Bungle Bungles) where amazing geological formations can be seen. One of the three most famous Australian tourist attractions in the world with Uluru/Ayer’s Rock and the Sydney Opera House. It is located off Queensland and is home to a wide variety of fish and corals.

Visit Kakadu and Litchfield National Parks. Kakadu is the largest national park in the country and is located about 200 km southeast of Darwin. The unknown equivalent of the Great Barrier Reef on Australia’s west coast: it is best known for the whale sharks that come here every year, but you can also see manta rays, dugong, sharks… Located about 110 km north of Cairns, the rainforest is home to a large number of animals: watch out for crocodiles and keep your eyes wide open, you may be able to meet a Casoar (as in the picture). Beautiful islands near the Great Barrier Reef. Many cruises are organized for tourists and last two or three days. Fraser Island is the largest sandy island in the world and is home to a lake with surprisingly white sand and perfectly blue water. The most popular way to visit the island is by 4×4. You can also see dingoes (wild dogs). A 250 km route along Victoria’s south coast, with breathtaking views and many beaches (more info here). Located one hour from Sydney is Blue Mountains National Park, known for its beautiful scenery. It is possible to go canyoning in claustral canyoning. Finally, I strongly encourage you to visit the Australian West Coast, much wilder and less touristic than the East Coast but much more beautiful for my taste. The must is to rent a vehicle in good condition (more info here) and drive up the coast through the beaches and national parks.