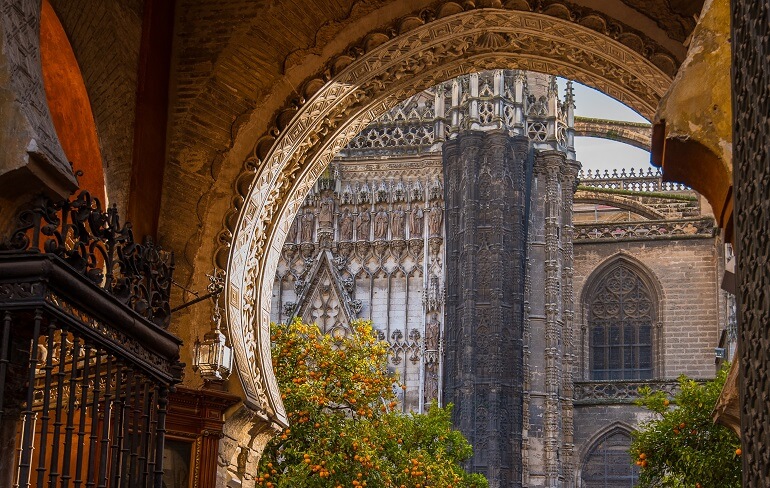 WHAT ARE THE BEST THINGS TO DO IN ANDALUSIA?

Discover this vast region of southern Spain, with a strong identity, marked by a fascinating history from which it has inherited a fabulous heritage. Andalusia also has great beaches, white villages, national parks, Moorish fortresses, incredible tapas restaurants…

On this page, you will be able to discover in pictures the main experiences not to be missed in Andalusia in southern Spain, its must-see tourist sites, lesser-known places of interest and attractions that are worth a visit (cities, national parks, monuments…).

Although it is impossible to see everything at once, this selection may be useful for you to plan a travel itinerary and decide where to go in Andalusia, giving you a taste of the best things to do and places to visit.

The sites and activities mentioned in this list are not in any specific order. Hoping that this selection is useful to you, do not hesitate to leave a comment if you think there are points to add.

Here are 10 things to do and see during a trip to Andalusia:

1. Granada: The Alhambra and the Generalife

The Alhambra, the former medieval fortress of the Moorish kings overlooking the city of Granada, is now one of Spain’s most popular tourist attractions, thanks to its splendid architecture. Also worth seeing in Granada: the superb gardens of Generalife, which is the former summer residence of the Emirates located just behind the Alhambra. Be careful, the places are full of tourists during the high season. Try to plan a visit in low season and remember to book your entrance ticket in advance. A superb natural park with beautiful beaches and few tourists, in a setting among the driest in Europe (many spaghetti westerns have been filmed here). The small town of San Jose is a good base for exploring the park. A must-see site in Malaga: its imposing fort with a superb view of the entire city and its port. The interior architecture is very well preserved and offers a foretaste of other historical monuments of the same style as found in Andalusia (Alhambra de Granada…). Not to spoil anything, the entrance fee is low. A personal crush for Jaen Cathedral, located in the heart of the city. It is impressive for its size and its superb facade where you can see many sculptures. The entrance fee is €5 with an audioguide included. Nicknamed the most dangerous path in the world, the Caminito del Rey is a hiking trail located in magnificent gorges. It can be accessed via footbridges suspended on the cliffside. Not for those who suffer from vertigo, then. The site has recently undergone major work to be redeveloped. Admission tickets can be booked online. 6. Seville: the cathedral, the Alcazar and the Plaza de España

Three major sites to see in the beautiful city of Seville: the Alcazar Palace and its magnificent gardens, the Gothic Cathedral (one of the largest in the world) and the impressive Plaza de España. A natural park where you can admire a landscape of spectacular and strange rock formations, which are the result of thousands of years of erosion. The site is located near Antequerra, about 30km north of Malaga. 8. The city of Ronda

A must visit on a trip to Andalusia: a huge ravine separates the city of Ronda in two, and a breathtaking bridge connects the old town with the new centre. A unique place in a breathtaking landscape. The Cathedral Mosque of Córdoba is one of the most beautiful monuments in Spain. To put it simply, it is a church transformed into a mosque and then converted into a cathedral, hence the mix of different architectural styles in the same place. What makes it beautiful is above all the interior and its succession of two-coloured arches. The first hour of visit, at the opening, is free (get up early!). 10. The historic centre of Cadiz

One of the oldest cities in Europe, Cadiz has superb beaches bordered by the Atlantic Ocean and an interesting historical centre. Not to be missed is the cathedral and its large golden dome, which can be seen from the promenade by the sea. More places to visit in Andalusia:

Before leaving for Andalusia, remember to book your hotel in Cadiz at Booking.com

Also worth visiting in Andalusia: