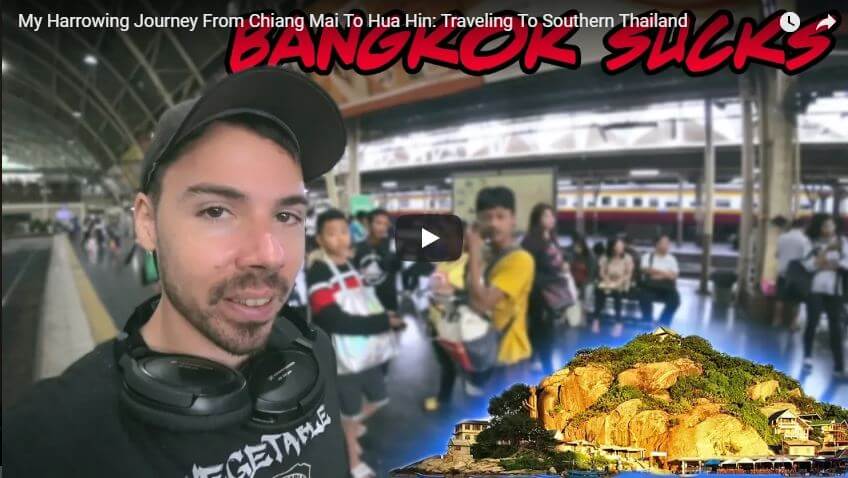 I stumbled upon this channel by researching camera infos: this guy has several YouTube channels and he sometimes talks about photo equipment, but also nutrition, veganism and street workout. Not sure about his real name, he just call himself ‘vegetable police’.

Although strictly speaking it’s not a channel dedicated to travel, his videos in Thailand are really worth watching just because this guy is hilarious. It’s actually one of the few Youtuber whom I watch the videos from beginning to end, without skipping any passages.

I realized several things by watching his videos: first, there’s no need to be a model to get started on Youtube and make good content; there’s also no need to have the latest camera equipment: he uses a ‘simple’ Sony actioncam (the Sony FDR-X3000), which is quite handy, small and easy to use. Then, no need to speak at full speed like you’re on cocaine to keep the viewer interested in what you have to say.

His video editing is quite good I have to say, and he adds some funny music effects and fx at some moments which makes it really funny.

In short, I invite you to watch his videos and subscribe to his channel even if you do not plan to go to Thailand. I really think he deserves more suscribers.

Some videos you should watch: